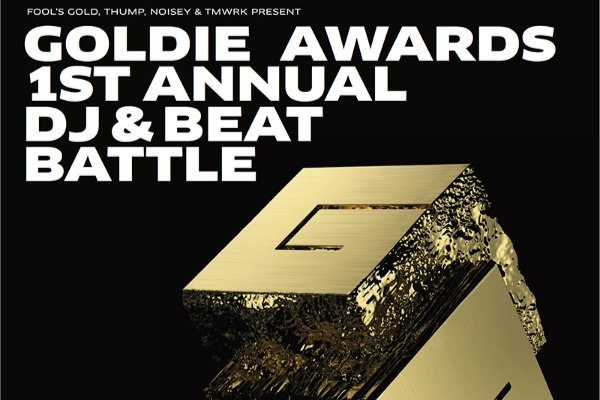 A-Trak is known as a cultural curator, influential electronic and hip-hop producer, and founder of Fool’s Gold Records – but first and foremost, he’s a DJ hero whose mastery of turntablism is unparalleled. In fact, the #RealDJing advocate originally earned his rep by winning a record-breaking five World DJ Championships. Perhaps more than anyone, A-Trak is keenly aware of the growth that DJing and producing underwent over time. With Goldie Awards, A-Trak introduces a modern take on the competitions that gave him his start.

Starting today, applicants can submit videos online, on Instagram and YouTube with the hashtag #GOLDIEAWARDS to be considered for either the Beat Battle or DJ Battle. After these social media-driven preliminaries, six DJs and six producers will be chosen for the final showdown. The twelve contestants will get their chance to be discovered at the first ever Goldie Awards show on September 7th at Brooklyn Steel in NYC, hosted by Dave East. They will be judged on technical skill and creativity by a panel of modern DJ legends Diplo, Mannie Fresh, Mija, Just Blaze, Craze, Destructo and The Whooligan.

Open to the public, Goldie Awards will be a first-of-its-kind party to see some of the best names in electronic music discuss their craft and showcase new talent. If you’re looking to flex your skills you can apply now at Goldie Awards’ Website. Tickets will be available this Friday, June 9th.