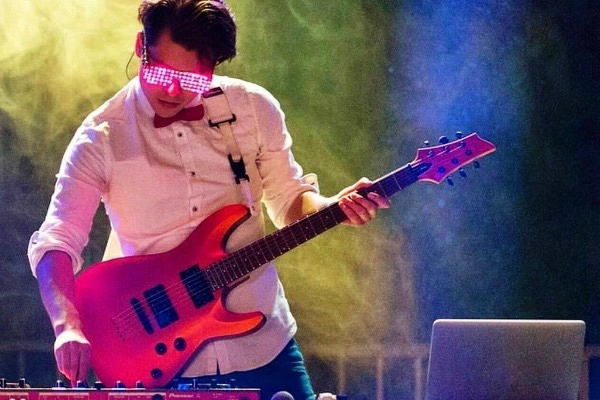 ZURC – ‘Kerosene‘ – While ZURC has had the chance to perform at some of the worlds bigger events, he has just now unveiled his first publicly released original single ‘Kerosene.’ Featuring Carly Lynn, this is one of those songs that blends future bass and dubstep in way that gives listeners feel good vibes.

ZURC is a DJ and producer coming out of Denver, Colorado. He’s been making sounds as early as the 00’s where he worked on his skills as a guitarist. Since those earlier days, he has dabbled with a variety of genres ranging from alternative, rock, metal and classical to the now variety of genres in the eclectic EDM soundscapes.

Finding his love on stage with live guitar and a variety of house beats, ZURC makes it a goal to reimagine EDM and bring listeners an all new experience that is out of this world. With performances at events like Cervantes’ Masterpiece, The Marquis Theatre, RAW Artist and so much more, he proves to people from the globe over that he’s prepared for anything.

With influences like Boombox Cartel, Flume, Big Gigantic and Odesza, it’s clear that ZURC incorporates his love of electronic music from the spectrum of the EDM soundscapes. And as no exception, ‘Kerosene’ makes for a great debut for this rising, talented artist. Check out his song and show some love and support by following his socials, linked below!