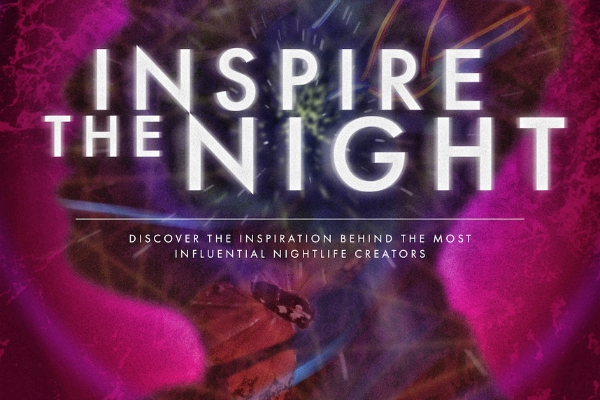 Red Bull TV – Inspire The Night – The new season of Red Bull TV‘s original series, Inspire The Night, showcases the determination of five nightlife curators whose parties defy boundaries in music, visual art, community and technology, which ultimately changes the definition of what a night out really means.

Nightlife has long been a haven of free-expression, provided refuge in times of socio-political unrest and has built communities by cultivating real human connection. Each episode of Inspire The Night focuses on a different local nightlife scene and the indomitable forces pushing it forward.

About Each Episode (Links in Title):

Episode 1: CLUB CALLED RHONDA
For eight years, Los Angeles’ A Club Called Rhonda has been ahead of the curve as a safe space in terms of sexual identity both inside and outside the club culture with their Polysexual Revolution. How have its’ two creators from different backgrounds designed one of the longest lasting and influential nights that unites so many people of all walks of life in one epic party to celebrate music and diversity?

Episode 2: CANVAS
Can Chicago collective Canvas, redefine the way we engage and interact with street art, merging forward facing VR technology with the traditional analog street art to create an urban movement and immersive experience that ultimately uses the “Audience as a Canvas?”

Episode 3: PL0T
In Miami’s male dominated and lavish nightlife scene, Becks went against the grain to carve out a detail oriented, intimate, family style nightlife experience that emulates opening up her house to the local nightlife scene.

Episode 4: DAY ZERO
In an effort to engage audiences in the “Right Now,” Damian and Freddie are working towards bringing their diverse energy and global experience to remote locations while immersing audiences in an overall experience. Deep in the Mexican jungle, this duo wants to use the natural surroundings, native culture and rituals to celebrate love, life and music.

Episode 5: CLUB JAMES
An eccentric nightlife connoisseur, James Goldstein had dreams of opening a club of his own, and he committed to doing so on his incredible property, the Sheats Goldstein Residence in Beverly Crest, LA. The eponymous Club James is a space as enigmatic as it’s creator, with architectural design so striking it will be donated to the LA County Museum of Art after his passing.