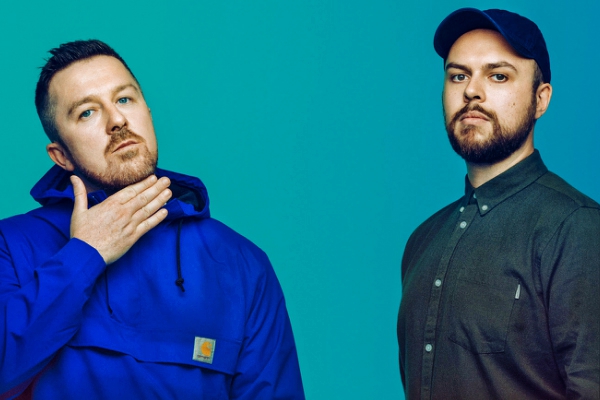 Hi guys! The two of you have become one of the hottest DJ and producing duo groups in Australia. You’ve been immersed in the EDM scene for over seven years and you have both been still going strong!

Working with artist Tommy Trash, garnering support, recognition and remixes by producers Flume, Ta-Ku, ShockOne, Just A Gent and more, performing at a wide variety of festivals and recently releasing massively well received tracks ‘Make a Wrong Thing Right,’ ‘Only 1,’ ‘High with You‘ and more, the past few years have treated you guys rather well!

Considering your successes, you guys ended 2016 with a remix of legendary neo-soul artist Maxwell and left fans with a new mix series under the name Only 100s. Now, you guys have released the next two installments with the January and February 2017 Mixes.

You guys have mentioned that the mixes are a sort of collection of some of your top productions, from your travels, your weekly national radio show Friday Night Shuffle and other gigs.

Reflecting on your career and more recently 2016, what went into curating the Only 100s mix series?

We are so inundated with new music between our radio show (Triple J‘s Friday Night Shuffle) and being constantly on the road touring, that we realized we could easily put a monthly mixtape together featuring the records that have moved us the most during that month. It’s about showcasing the latest and greatest dance records of that month and serving it up into a nice mixtape format. You no longer have to go searching for new jams cause we’re doing it for you!

Now, January’s mix features a wide variety of tracks such as Dombresky‘s remix for DJ Snake‘s ‘Ocho Cinco,’ DJ Zinc‘s ‘When I,’ GotSome remix for Dillon Francis‘ track ‘Anywhere‘ and other artists such as the likes of The xx, Jynx and Weiss. The mix hosts an eclectic myriad of house sounds, vibes and feel good danceable bass.

What are your guys’ favorite house genres to listen to and what do you guys enjoy producing the most?

We don’t usually go too deep on sub-genres, at the end of the day it all falls under the genre of “Dance Music.” ie. music to make you dance! ? Having said that, right now we’re really enjoying going back to our roots and making club-focused music. If you had to attach a name to it I guess you could def call it house music!

As the Aston Shuffle, you guys have clearly made your mark in many aspects of the EDM industry. From hosting a radio show, creating a mix series, performing at a wide variety of venues to releasing a myriad of productions, your both have become rather admired.

What has gone into establishing The Aston Shuffle sound throughout your musical journey together and reflecting on that, what can you guys tell the world moving into 2017, what the year has in store for the two of you?

We’ve been on a musical journey together since 2007. We’ve changed and evolved our sound so much over the years, but the one thing that we’ve always strived for in our music is that it comes from a sincere place. People aren’t stupid, they know if you’re writing a track for chart placing or you’re just jumping on a popular genre. In terms of what’s popping in 2017, I think house music will continue to be popular on the radio and also the continued rise of chilled type beats taking over the main-stage thanks to acts like Flume and Kygo.

Finally, you guys just joined Matoma and Two Friends on stage a couple of weekends ago for three different venues.

How was performing alongside these great producers? What are you guys looking forward to the most for this year?

It was an amazing experience! Bigger venues are always huge fun to play and it was great to be able to play some big US venues with those guys and really experience what moves US crowds on that kind of scale. Actually, our new single ‘Pass You By‘ is out now on the Magicians‘ Potion label.

We’re also really looking forward to building the Only 100s brand plus continuing our radio show on Triple J all the while trying to finish up all this new music we’re currently sitting on ?

I want to thank you for giving me a chance to speak with the two of you today. I’m sure fans all around the world are looking forward to what the next ten months have in store for The Aston Shuffle. Make sure to catch their upcoming Australian dates below and enjoy their latest installment of Only 100s!