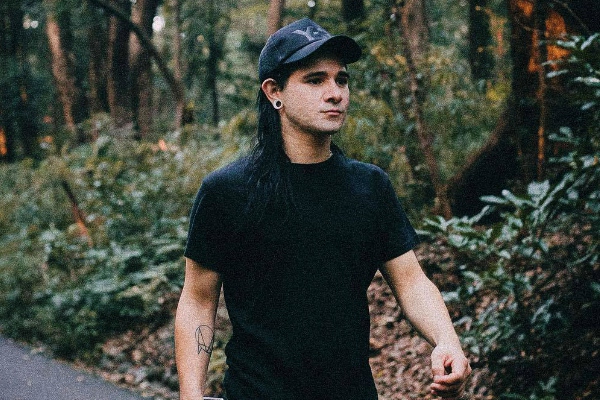 Sonny Moore is an artist that has been evolving since the beginning of his career. Better known to the masses now as Skrillex, Moore first began his musical journey back in 2004 with post-hardcore band From First to Last. For three years, he was the groups lead vocalist for albums Dear Diary, My Teen Angst Has a Body Count and Heroine.

Once Moore began having a strain on his vocals, he eventually had multiple surgeries for his vocal chords, which lead him to leave the band and persevere with a solo-career of his own. He first released Gypsyhook, which featured his own vocals and synth-pop, alternative and electro vibes.

Sonny Moore began pursuing his solo-career as Skrillex in 2010, where he first debuted with his My Name Is Skrillex EP. The album featured six different tracks that hinted at a sound that the world at this time wasn’t quite ready for. But this said, it wasn’t until what came next that Moore started really seeing success.

Like the many countless fans, DJs, producers, labels and industry tastemakers all around the world, I too was amongst the many to have my life change forever the day I first heard Skrillex‘ track ‘Scary Monsters and Nice Sprites‘ and really any electronic music since the early days of trance and techno legends Tiësto and Scooter.

I remember the experience clearly, as though the day was yesterday. The sun was shining, I had just gotten out of high school for a couple hours and I was hanging out with some old buddies. A friend offered me a ride home and on our way to my place, he began playing music and it was as though time stopped.

At this time, I didn’t have a name for it. I didn’t know how to describe what I was hearing. The only thing I was capable of doing was receiving chills as I heard the monstrous drop that was in the dubstep tune ‘Scary Monsters and Nice Sprites.’ Like Skrillex and his career changing forever with his Scary Monsters and Nice Sprites EP, I too was changed.

Sonny Moore didn’t go throughout his early career without any hitches. Although ‘Scary Monsters and Nice Sprites‘ was the start of many EPs, full-length studio albums, collaborations and so much more to come for Skrillex, his form of dubstep brought ridicule from skeptics, critics and fans of the old sound.

These people either claimed that dubstep wasn’t music or that it wasn’t actually “dubstep.” Music as we know it today has always consisted of a melody, a beat and some form of bass. Using technology, Skrillex brought instrumentation from the physical limits to the forefront of production in the digital age with a computer, drums and music designing software.

Skrillex was one of the biggest artists that helped to establish electronic music in the mainstream in the United States through the years of 2010 to 2012. His early productions such as ‘Scary Monsters and Nice Sprites‘ and ‘Scatta‘ might not have resembled the traditional sounds of dubstep, but they certainly evolved dubstep and helped to pave the way for the eclectic EDM scene we have today.

Just as Sonny Moore helped pave the way for the eclectic EDM scene to evolve and be where it is today, he has also created a path for my journey as well. While nothing happened immediately, I can’t imagine where my life would be now without ever having been introduced to ‘Scary Monsters and Nice Sprites.’

From that sunny day in the car with my friend, I have done quite a lot since being exposed to EDM. Throughout high school I created one of the strongest bonds with one of my now best friends over electronic dance music, I learned how to dance along to the many genres of EDM and I began collecting and expanding on my taste and knowledge of electronic dance music.

It wasn’t until college that I finally began realizing the path that was meant for me. I captured my love for the industry and culminated it in a way that allowed me to drive myself to connect with fans, artists, outlets, labels and more on Twitter and to begin running my own personal website where I reviewed tracks, which has brought me to my career with EDM Joy.

Like my journey, Sonny Moore has been evolving and becoming more inspirational as each year passes. He has achieved titan success throughout his career so far, witch collaborations with a wide variety of artists such as The Doors on ‘Breakn’ a Sweat,’ Korn, with Diplo as Jack Ü, Justin Bieber and with Boys Noize as Dog Blood amongst so many more.

Skrillex has also released successful albums Bangarang and Recess along with a wide variety of other EPs, singles and remixes such as his globally successful remix for ‘Cinema‘ and most recent single ‘Waiting‘ with What So Not and RL Grime. He featured his track ‘Purple Lamborghini‘ on Suicide Squad with Rick Ross, made a track along with a cameo appearance for the animation Disney film Wreck-it Ralph and was featured in the music project Re:Generation.

Skrillex has also managed to fit in touring all around the world in a variety of shows, festivals and concerts, some of which are his own such as the famous Mothership Tour and others at world renowned locations like EDC, Burning Man and Ultra. Through these successes, Moore brought into fruition his label OWSLA, has found time to document his journey with many outlets and has consistently inspired.

Since the day I heard Skrillex for the first time, I have immersed myself in the community. Through social media, music platforms, labels and EDM Joy, I have put my foot into the industry and have genuinely connected with others. I have made a few long-lasting friendships and through EDM, my life has become structured.

This structure is important because it has been a driving force in my journey to gain a career, to gain friendships, to gain a love for a community, to gain an appreciation for a wide variety of electronic music genres, to become a better writer and to connect with others in a way that I would have never done so without exposure to EDM or Skrillex.

If we fast forward an entire decade after Sonny first left From First to Last, he has now returned as an official member of the group. Like everything else he has does, he shows that he is an artist capable of consistently inspiring and evolving his sound and character. From dubstep, trap, chill and more to alternative and post-hardcore, Skrillex can accomplish a vast array of feats.

While he hasn’t released productions lately, I’m sure that the EDM titan has some good things planned for 2017. Check out this part of his Let’s Make a Spaceship documentary with Red Bull to get inspired, enjoy some of his productions above and make sure to keep an eye on him to see what he has coming next!