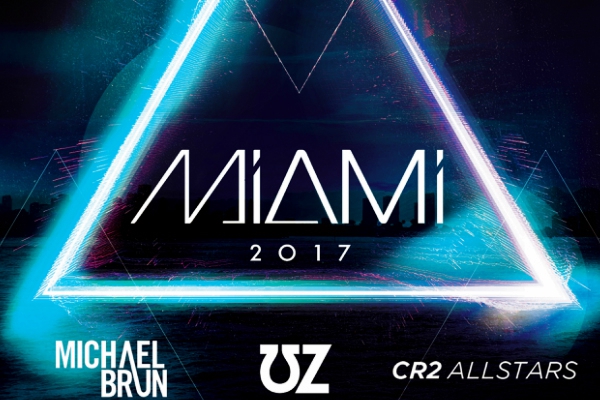 Cr2 – Miami 2017 – Cr2 Records has dropped their annual Miami compilation for 2017. Out now on Spotify, Beatport and iTunes, the label has brought fans a massive collection of productions that is this time spearheaded by trap lord UZ, Michael Brun and a wide variety of other Cr2 DJs and producers.

Miami 2017 features the spectrum of house music and trap with artists like Camelphat, Hannah Wants, Solardo, Oliver Heldens, TOKiMONSTA and Gent & Jawns amongst many more along with a recent single from UZ with Two Fresh, Elliphant and Stockholm White.

As part of the compilation, Cr2 has also left some goodies that can be found throughout the album. For one, UZ and Michael Brun have offered an exclusive single that can only be heard in the mix! In addition to that, fans will also find a bonus ‘Miami Classics‘ mix with the iTunes download.

If you want to find it on iTunes with the bonus mix and the exclusive track by UZ, you can find it here! With UZ, Michael Brun and the Cr2 Allstars on board, there is no doubt that Cr2 is going to have a scorching Miami 2017.