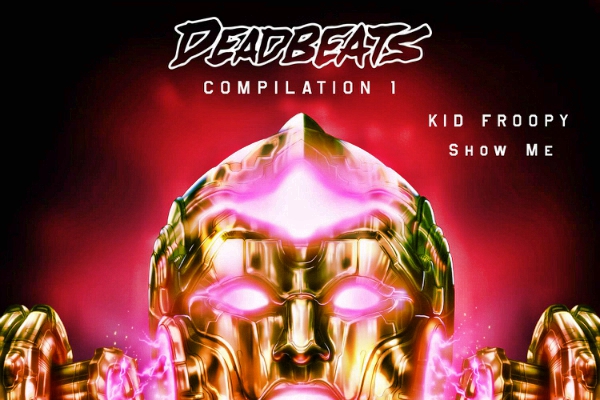 Showcasing the wide range of talent and musical variation that the EDM soundscapes hold, the Deadbeats Compilation 1 presents to the world many of the younger artists that have come into fruition through Zeds Dead and their efforts with their musical journey and label.

The first production on the collection is from Kid Froopy and his ‘Show Me.’ As described by the artist himself, the track is a short little journey that flows smoothly going from one mood to the next. With never answered questioning vocals, ‘Show Me‘ is a sensational three minutes filled with chilled out future bass, trap and calming melodies.

Two years in the making, DJ and producer Kid Froopy has released productions ranging from moombah, indie-chill, trap and more with support from notorious Skrillex label NEST HQ and having released singles under Moving Castle, Fool’s Gold Records and now the Zeds Dead label, Deadbeats. With every track never dropping below 10k plays on SoundCloud since the beginning, this is just the start for this rising producer!

Of course, this is just one track amongst the many raw productions in the engine that runs under the hood of Deadbeats Compilation 1. From tasty hip-hop, trap and dubstep influenced and infused ‘Mayweather,’ Zeds Dead‘s very own filthy dubstep production ‘Woman Wine‘ to Blount‘s smooth, sensual, trap and r&b hybrid ‘Softly,’ this is one album collection designed for the tastes of many amongst the millions of EDM fans.

Make sure to check out the album compilation above and show some support for these great artists!