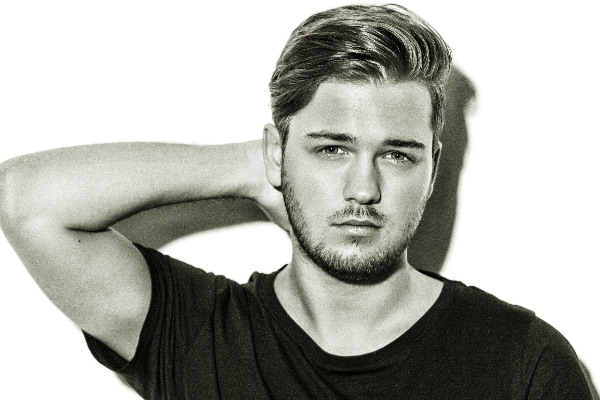 Hey Thomas! What’s going on? Last year was definitely a successful one for you with releases such as ‘8fifty‘ with Hardwell and ‘Back Again‘ with Manse on Hardwell‘s Revealed Recordings imprint, along with lively shows at world-renowned festivals Ultra Miami and Tomorrowland.

What was the most memorable part of 2016 for you?

2016 was crazy! First I did the Bus Tour with Hardwell & Kill the Buzz straight after that I played Ultra Miami for the first time and Tomorrowland for the 3rd year in a row, as well as doing a couple of shows in Ushuaia Ibiza.

While you had an exciting and busy last year, your musical career as a DJ and producer has also gone through quite the journey! You broke through the EDM soundscape with DOORN Records track ‘Flute‘ back in 2013 gaining support from artists like Hardwell, Avicii, Tiësto, W&W and Afrojack amongst others and then you continued establishing yourself as an artist that was here to stay with your first Revealed Recordings track ‘Pallaroid.’

What has it been like to produce for big labels like Revealed, Armada Music, Flamingo Recordings, Musical Freedom, Spinnin’, produce with EDM titan Hardwell and perform at some of the worlds’ largest festivals like TomorrowWorld and Creamfields?

Revealed and Hardwell supported me since day one so it always feels good when you play on a big festival and especially on the Revealed stage!

Fast forward to now and you’ve achieved quite a bit! Starting your own show Federation Radio, performing at a wide variety of venues, while continuing to release a myriad of remixes, singles and collaborations, that just keep your fans wanting more!

Starting 2017 right, your plans for the new year have been buzzing on your socials. Tell us more about your new track ‘Saxo‘ on Flamingo Recordings!

Well when I started making this track I found this little vocal loop and I immediately had an idea with it. I sent that as a preview to Will K just for some feedback and at the same time he was working on ‘Cafe Leche‘ which has similar influences and he said let’s do this one together I have some cool ideas with it. So that’s basically how the collab was born and the track!

You’ve also just announced that you will be playing at Dance4Liberation 2017 this year! That is exciting, seeing as you’ll be alongside many of the house and hardstyle heavy hitters such as Headhunterz, Chocolate Puma, Wildstylez, Code Black and more.

This is definitely exciting! This said, is there anything else you can say for what you have planned for the new year?

Playing at the Revealed party in Miami which will be SICK! alongside that I’ll do a lot of Asia and club shows!

It has truly been a pleasure to speak with you Newson. I think that fans all around the world will be looking forward to what you have in store for us!

Me too! Curious about the reactions of all the new music I’ve got and working on.