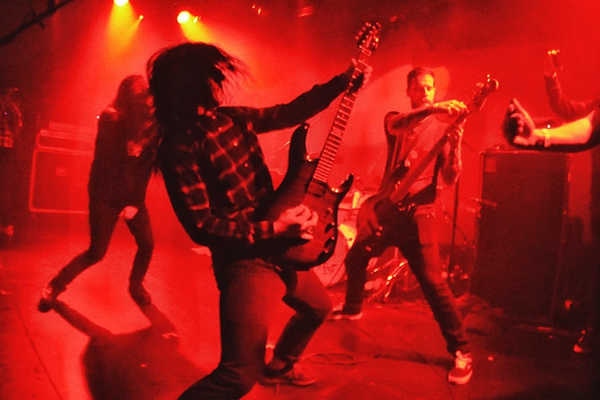 Skrillex – Emo Nite – Sonny Moore (aka Skrillex) has returned to the stage once again to provide vocals for his former band From First To Last. The band headlined LA’s popular Emo Nite party at The Echoplex and played through much adored and classic From First to Last hits like ‘Emily‘ and ‘Note To Self‘ as well as the band’s latest single, ‘Make War.’

Stream some highlights from the show, share and give some support below!