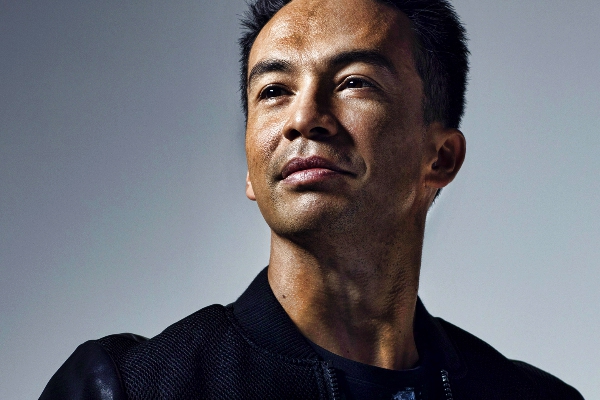 Hi Lucas! Just recently Mixmash Records released a preview for your first up and coming single for 2017. In collaboration with Netherlands DJ and producer Ralvero, you both have teamed up for the highly anticipated track ‘XOXO‘ featuring female vocalist Ina.

Unlike many productions amongst the crowded and varied EDM scene, ‘XOXO‘ is more than just a future bass anthem. Rather, the message through Ina‘s beautiful and delicate voice in the track is to bring people together, to love one another and to share their love for music. In moving forward with this movement, the hashtag #XOMOVEMENT came into fruition.

How did you and Ralvero come together to begin working on ‘XOXO’ and how did the message behind it get created?

We released Ralvero‘s – ‘Run Wild,’ which featured Ina on the vocal as well in 2016 as one of the biggest tracks for my Mixmash label. Another big one was Pyrodox‘ – ‘Never Let Me Go,’ which also had Ina on the vocal! Safe to say her voice stood out for me throughout 2016. Ralvero sent me the demo for ‘XOXO‘ and I was blown away. It was still named ‘NGFA‘ at that time. This time, I wanted to be part of it and I knew I would be able to take this track to a higher level. The message behind it is in the track already, but all the credit goes to the Mixmash team who came up with the amazing plan to make this a movement.

Listening to the preview, it’s evident that the production is not only exhilarating and captivating, but it is also moving and emotional.

What was your musical inspiration behind producing ‘XOXO,’ where did the creativity come into play alongside Ina & Ralvero and how was it like working alongside Ralvero?

Thank you! It’s that layer of emotion that makes the track special. It’s that feeling that makes tracks big. Working with Ralvero was a breeze. He’s very positive and open to anything! Mind you, his demo wasn’t a rough demo, it was pretty much a finished product. So to get my hands on something like that and to do my own thing with it, can sometimes be tricky for producers and their ego. I’ve worked with Ina and her songwriter Marcus during ADE and both are such a talented bunch. And equally as positive as Ralvero! I love working with those types of people. The creatively flourishes and it overall benefits the end result.

Towards the beginning of last week, the world saw you announce that you are going to take yourself away from the EDM soundscapes for a weekend to compete in the Kung Fu World Championship in Hong Kong through March 17th through March 19th.

While I have not been involved with this highly body intensive art form and competitive sport, I was named after Bruce Lee’s son out of my father’s love for the man and his work. This said, I find it inspirational that you juggle your love for producing with your love for Kung Fu.

How has your love for Kung Fu and producing shaped your almost two decades strong and evolving career as a DJ and producer?

So your name is Brandon! 🙂 They say if you do something for 10 years, or 10,000 hours, it makes you a master at your craft. I can safely say that about me as a DJ and producer. When it comes to Kung Fu, our bar is set so high, I will do one of my biggest exams this year to finally be able to get a master title for it. After the world Championships, this will be one of the biggest personal achievements of my life. And with all of this knowledge and experience comes sharing it with the world. This is what I do with music, but my fit life as well. Hoping to inspire people to have a better life. Nothing is greater than that.

It’s not often that producers such as yourself go through such a fruitful musical career and continue going strong years later. With a wide variety of festival and concert performances at Tomorrowland, Parookaville, Ultra Music Festival, EDC and much more and work with artists Diplo, Example, Lil Jon, Hardwell and countless others, you’ve achieved quite a lot!

What have been some of your most memorable experiences throughout your journey so far?

Looking back at it, the most amazing of it all was to break through. To show my parents I could do this and become this. To show my ex-wife I wasn’t wasting my time. To show my fellow DJs I wasn’t wasting my talent, to show myself I was able to do the biggest things possible. The only battle you battle in your life is the fight against yourself. And you’re constantly doubting yourself and putting yourself down. The slightest struggle will make you want to quit your dream. If you’re reading this, just know, if I can do it, you can too! I’m just like you and have been in the same position as you.

I still have a weakness for electronic Indie-pop. I was born in 1976 so the eighties have a special place in my heart. The way it combines the electronic with the acoustic still blows my mind. I wish I would have more time to make that kind of music, but then again, I’d love to make some techno too! I just love music in general, that’s why ‘XOXO‘ sounds the way it sounds.

With a collection of achievements, such as placement amongst the top 100 DJs since 2008, countless concert and festival performances, recognition for the early support of a variety of well-established DJs and producers and your own discography filled with a myriad of sounds and genres, you have officially and successfully moved into another year with your highly anticipated track, ‘XOXO‘ to start 2017.

What can you tell fans all around the world about what you have in store for the new year?

2017 is the year I’m trying to crack the radio code! With that many achievements, one achievement still remains: a big global cross-over hit. Making dance floor bangers won’t help me achieve that. So this year will be the focus on a poppier sound. I’ll still release some bangers in between but I do want to focus on that goal. With that, I’ll spend many hours on a new album. The team and I just wrote a full plan for it and it’s looking big!

‘XOXO‘ is likely going to be well received production with its’ strong electronic-pop and future bass vibes, once the full version is officially released. I want to finally thank you, Lucas, for giving me a chance to speak with you about your career, your upcoming track and what 2017 has in store for you!