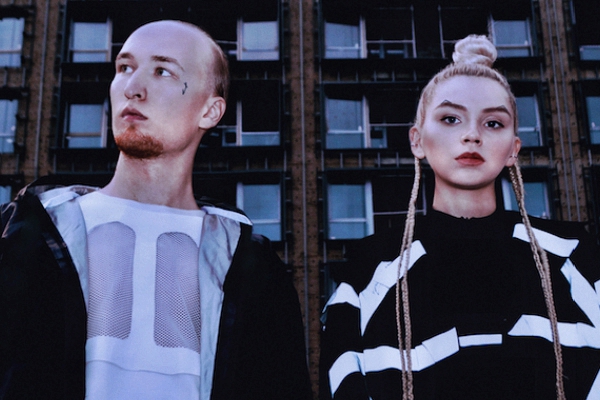 IC3PEAK – ‘Kawaii Warrior‘ – After their controversial 2016 self release debut in their country, duo group IC3PEAK have moved their sound to the United States with their first release through Los Angeles based Manimal Vinyl Records, titled ‘Kawaii Warrior.’ The Moscow based pair give us a glimpse into their hazy, sweaty back alley dance party with the music video for their powerful, sizzling, pop and alternative electronic hybrid sensation.

These guys have been going strong since first forming in 2013. Three years later, their 2016 debut was met with a wide amount of controversy in Moscow, which has lead them to releasing ‘Kawaii Warrior‘ through US label Manimal. Their unique brand of electronic beats and vocal charisma channel artists like Grimes, Die Antwoord and Björk.

IC3PEAK have definitely arrived in a whirlwind, introducing us to their spells and fresh beats with ‘Kawaii Warrior.’ You can stream their track here or watch their exclusive video above! This intense duo is breaking EDM soundscape dimensions with their unique established sound. Now, we’re just going to have to go along with their freaky, sensual, hot dance party and see what this year’s journey for IC3PEAK takes us!