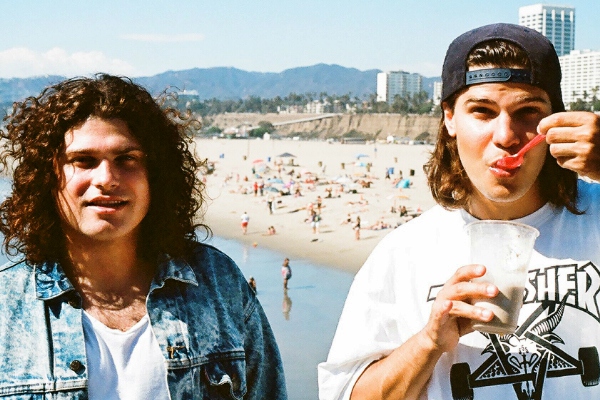 DVBBS – Beautiful Disaster EP – Capturing the industry’s attention with ‘Gold Skies,’ DVBBS have quickly risen to the top. The Canadian duo consisting of brothers Alex and Christopher have continuously cultivated their sound since their first debut back in 2012. Now their latest EP Beautiful Disaster is their most musically dynamically inclined track yet.

Their EP featured a myriad of guest collaborates including hip-hop superstar Juicy J as well as Stella Rio, Gia Koko and Ramriddlz. Beautiful Disaster makes waves in the soundscape that is edm with sounds that range from gorgeous and melodic vocals of ‘Wicked Ways‘ to the rap-laced party starter ‘Moonrock‘ and the later wistful, groovy ‘Doja (No Lie).’

Alex and Christopher plan on showcasing their new material on their upcoming shows in the United States and Canada, which are now officially on sale. The duo has also shot a comedic video with icon Tommy Chong, of Grammy Award winning comedy pair Cheech & Chong, in anticipation of their release.

DVBBS has to be doing something right. They originally became known for their vibrant, energetic sound and skillful use of vocals at the beginning and smoothly moving into 2017, their new EP makes it clear that their taste isn’t staying in one place, as displayed with ‘Woozy.’ Not only has their sound been evolving, but they have also performed at a wide variety of electric live performances that has brought them to play over 200 shows a year from Tomorrowland to EDC Las Vegas and Ultra Music Festival. At number 16 in the DJ Mag Top 100 list in 2015, DVBBS certainly have solidified that they are here to stay.

Aside from their own music career, DVBBS have been growing their own musical imprint, KANARY. If you think KANARY is going to be just another EDM imprint, think again; DVBBS has massive plans for their label that will further shatter the norms of today’s current scene. We can’t wait to see what DVBBS has in store for 2017, but rest assured – it will be epic.