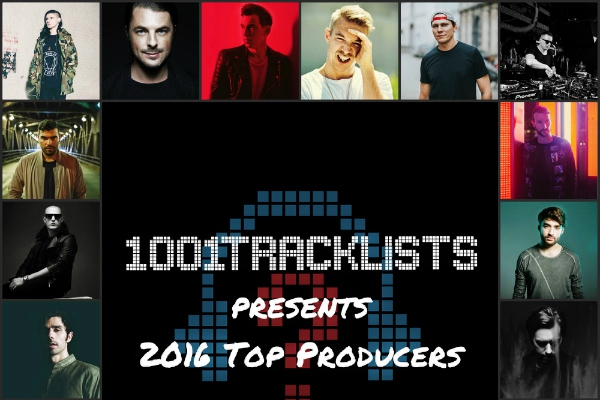 1001Tracklists – Top 100 Producers of 2016 – From the eclectic mind of Skrillex, titan success of Hardwell and techno and trance king Tiësto to the raging dubstep of Datsik, rising talents that are Florian Picasso and TWOLOUD, banging producers GTA, Flosstradamus, Yellow Claw and Don Diablo amongst so much more raw talent across a wide variety of sounds across the EDM soundscape, it is safe to say that EDM is constantly evolving. Already getting close to moving into the second month of 2017, 1001tracklists now gives us a chance to reflect on the previous year and the industry’s top 100 producers.

1001tracklists gives the world the first edition of producer rankings based off of all the data that they gathered for 2016 within their own records. Unlike others, this list of Top 100 Producers of 2016 is purely driven by data and is a solid reflection of the cumulative unique DJ support for tracks that were played in 2016. While this is not necessarily a determined list for the best producers in the world, it does offer a lens into the artists who produced many successful tracks in 2016 that really instilled interest amongst other DJs along with fans.

1001Tracklists is the leading, most accurate tracklist provider for electronic music, collecting data for almost every major radio show, DJ set, podcast and festival worldwide! Be sure to check out the full list here and give 1001tracklists some props and support for compiling such an extensive list of top DJs of 2016!