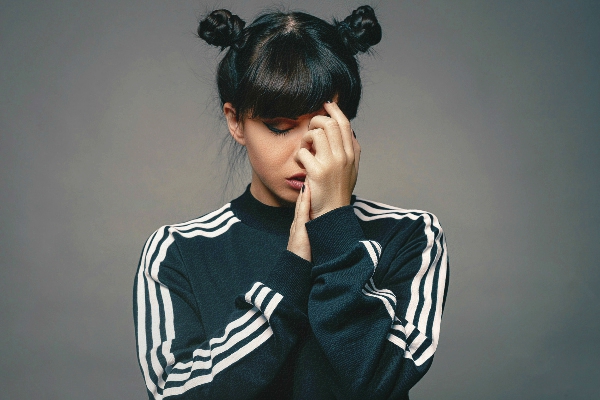 Teri Miko – ‘Fukuyo‘ – Hot off Dyro‘s WOLV record label is ‘Fukuyo,’ a murderous new trap bombshell by bass music’s newest up-and-comer, Teri Miko. ‘Fukuyo‘ could be mispronounced as another familiar American term, and after the first listen you can see why—the track will put any listener in the mood to tear the club, the gym, or the road up.

Teri dropped ‘Fukuyo‘ in her set while playing with Dyro in a club in India, and it immediately caught the well-known producer’s attention; he was so impressed that he wanted to sign it with his imprint WOLV. This is no stroke of good luck for Teri, whose badass vibes and epic live sets snagged her a showcase at ADE for Wall Recordings alongside artists like Afrojack and Mr. Probz, as well as opening gigs for bass giants such as Slander and Marshmello. Although relatively new in her music career, these early signs all point to Teri Miko‘s mighty potential.

Teri Miko is bass and trap music’s female powerhouse, but if you can’t already tell from her music, this Indian doll is no girlie-girl. She’s both a self-described nerd and bully, which makes for a lethal combination and some killer sonic productions. Her raw productions hint at her early days as a turntablist, where she specialized in hip-hop and old school sounds. She won the Vestax scratch competition, which was judged by the veteran DJ Kraze, but she felt that something was still missing in her signature sound—until she discovered trap and bass music, and immediately knew it was her calling.

When she’s not shaking the floor while making music, Teri loves working out to keep in shape, though her soft spot is definitely for animals—she adores her pet Labrador and caring for homeless dogs. Teri‘s influence is spreading like wildfire across the bass music scene, and it won’t be long before she becomes a household name. Give ‘Fukuyo‘ a listen to see why, and try not to mispronounce it!