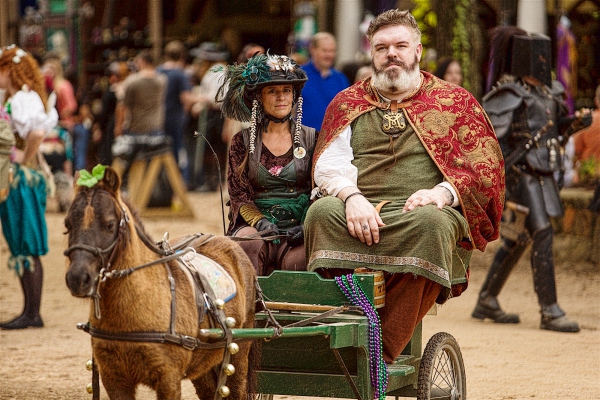 Middlelands – Lords and Ladies take heed to an exciting announcement delivered from the far away kingdoms of Middlelands! Today, Insomniac and C3 Presents premiered the On Sale Video and interactive Sound Camp details for the debut of the Medieval-themed music and camping festival, Middlelands. The producers behind Electric Daisy Carnival and Austin City Limits Music Festival will create a magical realm stretching across 60 acres of the Texas Renaissance Festival Fairgrounds in Todd Mission, Texas, May 5-7, 2017, encompassing elaborate villages, costumed characters, four nights of themed camping, three days of eclectic music acts, and the adventurous games of the Middle Ages.

Kristian Nairn, DJ and esteemed actor best known as Hodor from HBO’s, Game of Thrones, stars in the official Middlelands On Sale Video where fans will get the first look at the adventures that await. Watch Kristian gallivant through the jousting ring on a majestic pony, while revelers celebrate in the lively pubs and medieval castles of the Texas Renaissance Festival Fairgrounds, here.

Much like any other Insomniac or C3 Presents event, Middlelands will stay true to the fan experience by integrating live music and creative elements from the dance floor, into the campgrounds. For aspiring performers, established artists, or inspired listeners, the community of Middlelands will come together to form Sound Camps, continuing the party long after it ends in the beauty of the vast forest. Fans can apply to be a part of a designated Sound Camp with each approved group of campers permitted to rent or bring their own large-format sound systems to their assigned camping locations. These Sound Camps are encouraged to play music before, during and after each day of the festival to keep the party going.

To participate, head over to the Group Camping registration and read the additional vehicle guidelines. For further details, check out the Insomniac.com feature, here. Middlelands three-day passes will be available on Tuesday, December 6 at 12PM CT at Middlelands.com.