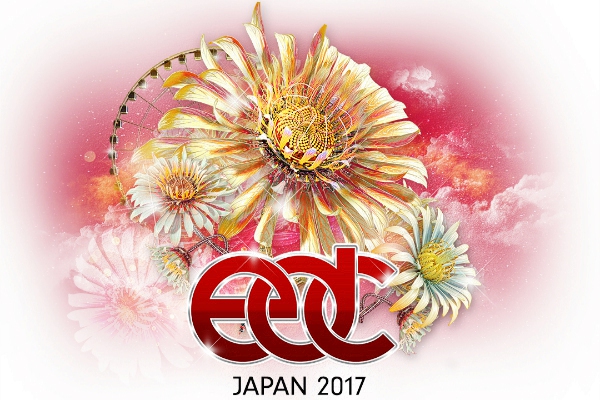 EDC Japan 2017 – Today, Insomniac and partners GMO Internet Group, Creativeman and Live Nation, Japan announced the first ever Electric Daisy Carnival (EDC) Japan, bringing a one of a kind music festival experience to the vast Zozo Marine Stadium and Makuhari Beach on Saturday, April 29 and Sunday, April 30, 2017. EDC Japan marks the festival’s 5th international destination, next taking place on Tokyo Bay. Festivalgoers from across Asia will be able to witness firsthand the awe-inspiring production and creativity that has made EDC a global phenomenon.

EDC is a globally renowned dance music festival and the largest brand in Insomniac’s scope of events and productions. EDC began in 1997 in Los Angeles with a small crowd of dance music lovers, and has since grown into an internationally acclaimed live music experience, having hosted over one million fans in locations like Mexico, India, Brazil and the UK. By incorporating carnival themes and attractions, cutting-edge stage production, world-class talent, and innovative art and technology, EDC has become more than an electronic music festival; it is an unparalleled multi-sensory experience unlike any other.

The debut of EDC Japan will introduce fans to the iconic kineticCATHEDRAL stage, a majestic structure that premiered at EDC’s flagship event in Las Vegas in 2014 and has toured New York, Orlando, UK, Brazil, Mexico and India. A reimagined version of the stage will captivate crowds and come alive with hundreds of lights, colorful flames, and two grand owls flanking each side of the beautiful stained glass design.

Take a journey with EDC all over the world and view the experience in the recap gallery, here. For the latest updates and announcements on EDC Japan, visit japan.electricdaisycarnival.com/.