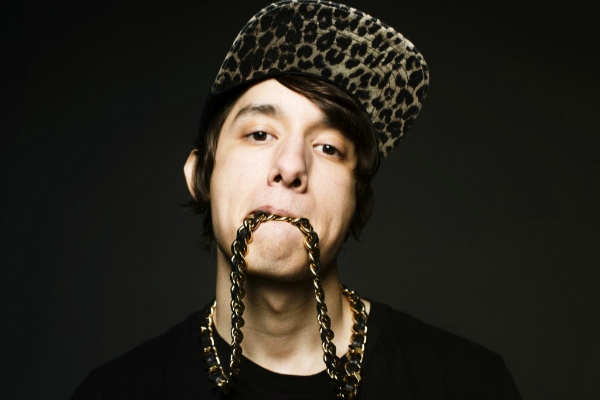 Crizzly – ‘Crunk & Wired‘ – The master of crunkstep, otherwise known as Crizzly, strikes again with an atom bomb of a track appropriately titled ‘Crunk & Wired.’ He teamed up with fellow Texas native Prismo for the new record, fusing their individual styles for an immediate party-starting anthem.

His affinity for hip-hop and influence from artists like Doctor P and Rusko are evident in his signature sound, and with its aggressive effects and thuggish vocal clips, ‘Crunk & Wired‘ is no different. Bassheads and headbangers will united in this track’s unrelenting, stabbing percussion and drops that devastate dance floors across the globe. Crizzly‘s #SliceGang should jump for joy, as this track will also be made available for free download via his Soundcloud.

Crizzly has been busy building an empire over the last few years. His current success has been in the making since he starting DJing in high school at dances, weddings and anywhere with an outlet, honing his craft and style show by show. His early influences of bass music and hip hop are evident in his inventive style.

Since then, Crizzly has been spearheading the crunkstep genre and spreading his message of wildness. His ratchet live sets have led him to play at some of the world’s largest and prestigious festivals such as Ultra Miami, EDC Las Vegas, Coachella, Lollapalooza and SXSW. Crizzly isn’t even close to slowing his roll in 2017; he has been selected as direct support on Datsik‘s Ninja Nation tour and is already confirmed for Electric Forest, Shambhala and Midlands Festival next year.