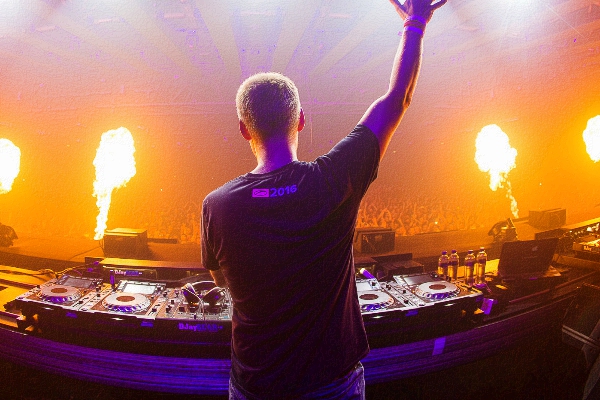 Armin van Buuren – A State of Trance Year Mix 2016 – Though already packed with milestones, the year of 2016 sees Armin van Buuren add in another big achievement before the year is over. His A State of Trance Year Mix 2016, which was put out on Amsterdam-based record label Armada Music as a mix compilation today, is to reach a global audience of over 40 million people strong through its end-of-the-year broadcast. Listeners can tune in at di.fm/trance on December 29th (8 PM CET), among other broadcasting stations.

Put together in tandem with the listeners of the radio show, the A State Of Trance Year Mix 2016 is jam-packed with over a hundred records. Comprising Armin van Buuren’s personal favorites as well as the year’s most popular records (based on the annual Tune Of The Year voting), the two-hour mix compilation includes tracks from trance heroes such as Above & Beyond, Armin van Buuren, Andrew Rayel, Bryan Kearney, Cosmic Gate, Gaia, Gareth Emery, MaRLo, Omnia, Ørjan Nilsen, Paul van Dyk, Simon Patterson, Super8 & Tab and Vini Vici.

Armin van Buuren says, “Starting 2004, I’ve been doing these year mixes to give my fans an extensive summary of the year. Despite this being such a long-standing tradition, it still amazes me how many great tunes see the light of day within one year and how hard it is to choose the right songs. Therefore, I want to thank all of my fans for casting their votes on their favorite tracks of the year. This year mix wouldn’t even be half as amazing without their contribution!”

Through its broadcast at the end of the year, the A State Of Trance Year Mix 2016 will reach a bigger audience than the previous year mixes ever did. As is the case with every weekly episode of the radio show, the year mix will be broadcast to over 120 broadcasting stations in more than 80 different countries across the globe, which roots down to an audience of over 40 million listeners. The ongoing success of radio show continues to fuel the meteoric rise of the brand, which includes its own label imprint and event series. The A State Of Trance events count as the biggest Trance events in the world. The next edition, A State Of Trance 800, is scheduled for February 18th in Utrecht, the Netherlands.