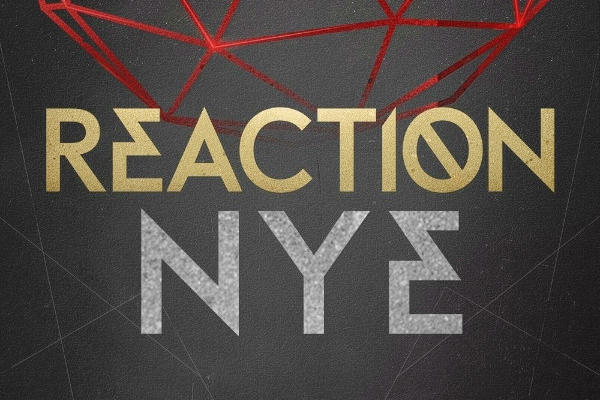 Reaction NYE 2016 – React Presents is thrilled to announce the artist lineup for this year’s REACTION NEW YEAR’S EVE! The stunning two-night event will once again transform the immense Donald E. Stevens Convention Center into a genuine warehouse-style experience fitted with captivating production and a sound system worthy of the venue’s unrivaled magnitude.

In celebration of Chicago’s diverse musical landscape, Reaction NYE gathers a wide spectrum of genres, ranging from pioneers and trailblazers, to the freshest up-and-comers and local luminaries. Kicking things off before Flume on Friday will be genre-busting singer/songwriter and multi-instrumentalist Anderson .Paak with his band The Free Nationals, the king of moombahton and electronic music’s resident humorist Dillon Francis, and Detroit rapper Danny Brown.

The countdown to the New Year and Zeds Dead’s closing performance on Saturday will witness an immense roster of diverse opening acts, including internationally recognized “Trap God” of hip hop Gucci Mane, coming off his ninth studio album Everybody Looking, with his tenth Woptober following later this month, and French future house extraordinaire Tchami.

Fans are invited to experience the NYE bash’s all-inclusive warehouse atmosphere, featuring a newly added Silent Disco stage with a unique listening environment and its own coveted lineup of regional favorites. To elevate your New Year’s Eve experience even further, premier VIP packages will also be returning to give attendees age 21+ the chance to snag access to private bars, express entry, elevated premium viewing areas, champagne toasts and more.

For the past six years, React’s annual NYE romp has ushered in a breathtaking arrangement of musical acts from every corner of the genre gamut. Having grown from a love of music that exists without boundaries or exceptions, Reaction New Year’s Eve expanded into a full-fledged winter weekend festival in 2015, allowing the event’s dedicated fans to immerse themselves in a whole new concert experience. The authentic warehouse-style party features mesmerizing visual production and state-of-the-art sound and lighting, along with elegant dance performers, diamond-clad decor, and intricate art installations for all to explore.