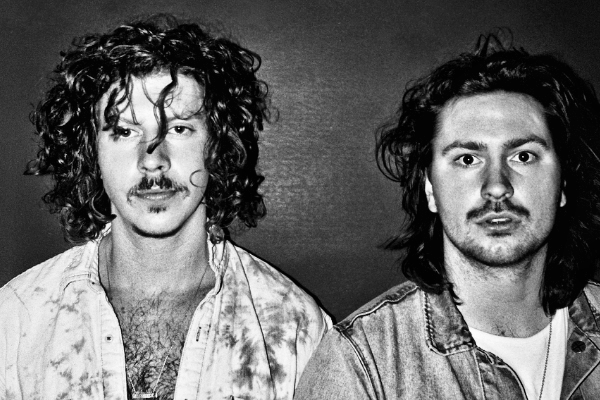 Peking Duk – ‘Stranger‘ – Australian superstars Peking Duk, released their latest single ‘Stranger,’ featuring Elliphant, on October 21st via Sony Music and RCA Records. The track premiered on Billboard, with the statement that said “It might be the hollowed drums that give ‘Stranger‘ that soaring, cinematic feel. Put this on when you’re ready to take off into the sunset like a conqueror marching toward a great and exciting unknown.” Now it’s time for an official music video, and it’s one of the most unique ones you’ve ever seen.

The cinematic journey features real dogs, high as kites, flying above the city lights as the world explodes in love and color. As we follow them on their adventure, we see the world erupting with happiness. Sometimes it’s beautiful, sometimes it’s scary, but it’s OK because the dogs have each other’s companionship. While you watch the video, you start realizing that you are laughing at dogs getting high. But it also begs the question – are these really dogs falling in love while imagining they are humans, or are these humans thinking and acting like dogs?

Peking Duk or Adam Hyde and Reuben Styles, soared into the Australian music scene in 2014 with their massive triple Platinum single ‘High‘ featuring Nicole Millar. ‘High‘ was the #1 most played single on Triple J radio in 2014 and was #2 on Triple J‘s Hottest 100 poll, the world’s biggest music poll with over 2.2 million votes. The song also peaked at #1 on Hype Machine, hit #1 on Australian Shazaam, and Top 5 on ARIA singles & clubs charts. Their second single, ‘Take Me Over,’ went double Platinum in Australia and reached #5 on Triple J‘s Hottest 100.

In 2015, the duo set off on their first U.S. tour which showcased their distinct flavor of indie electronica and included electrifying live performances at SXSW, Coachella, Lollapalooza, Electric Zoo, TomorrowWorld and Life Is Beautiful. Peking Duk‘s debut EP, Songs To Sweat To, which includes their previous single, ‘Say My Name‘ featuring Benjamin Joseph, is out on Vicious Bitch and RCA Records.