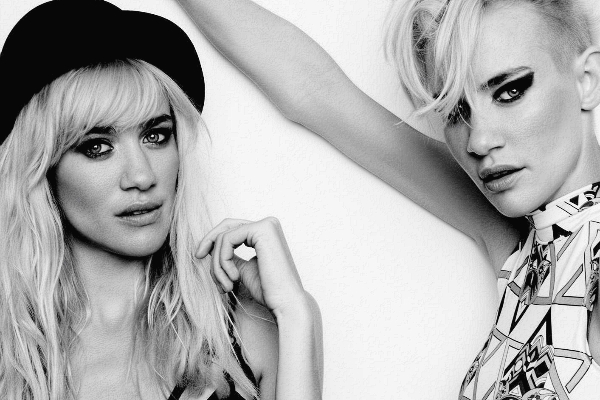 Nervo – ‘Forever Or Nothing‘ – Showing their fans what to expect from their soon-to-launch label Got Me Baby! Records, Nervo dropped their new single ‘Forever Or Nothing‘ today. The song, a collaboration with Savi, is released on Armada Music, the Amsterdam-based record label which the Australian duo partnered with for their new imprint.

‘Forever Or Nothing‘ not only spotlights the widely acclaimed signature sound of Nervo, but also shows the production prowess of Savi, one of electronic music’s finest up and coming artists. In addition, the song features the vocals of British singer-songwriter Lauren Bennett, best known as a member of the girl group G.R.L. Together, they gave rise to a record so monumentally kick-ass it’s able to crack dance floors as easily as it wrecks clubs.

Nervo consists of sisters Miriam and Olivia Nervo. After embarking on the scene at an early age, the siblings quickly cemented themselves amongst dance music’s finest by writing and producing hit songs for a host of acclaimed artists, including Kylie Minogue, Kesha, The Pussycat Dolls, Afrojack, Steve Aoki and Miley Cyrus. By far their crowning achievement, Nervo received a Grammy Award for writing global hit single ‘When Love Takes Over‘ for David Guetta and Kelly Rowland.

Throughout their career, Nervo have performed at the world’s biggest dance music festivals (e.g. Ultra, Tomorrowland, Creamfields, Electric Daisy Carnival). They reached #1 on iTunes with debut album Collateral in 2015 and have ranked as high as #16 in the DJ Mag Top 100 DJs poll.

Savi met Nervo when they played together at a Coachella party a few years back and a team-up seemed inevitable as he played countless shows with them in the following years. Now, Savi brings his high-powered, synth-driven pop-trap sound to ‘Forever Or Nothing,’ which is to hit hard all over the United States by way of his residencies in big North American clubs such as Marquee Las Vegas and Omnia San Diego.