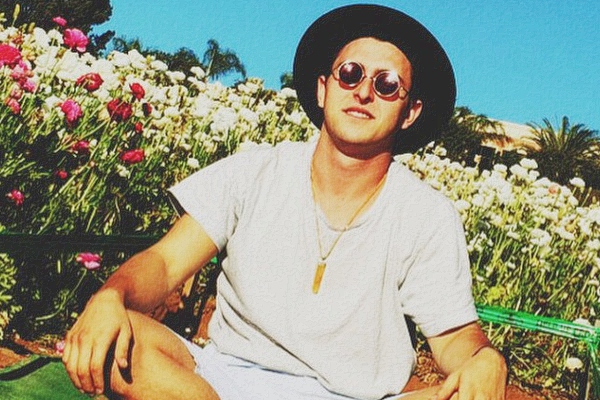 Matt Monaco – ‘Standing‘ – Matt Monaco is back with his new meditational release! This time, he takes on Hansel Thorn and his track ‘Standing‘ and gives it some indie chill flavor with calming bassy vibes. After giving a listen, one must know what is going on in the mind of Monaco. Here is what he had to say about his career with electronic dance music thus far!

What are some of your musical influences?

I find inspiriation in every artist I see, even if it has nothing to do with music. My true influences stem back to the the 50’s and 60’s. Musicians that created music with a message and did that because that was their passion. Musicians that believed that their music and message could change the world, and it has. Bob Dylan, Bob Marley, John Lennon, Neil Young, Bruce Springsteen, Angus Young and Jimi Hendrix have been artists I’ve looked up to. However, there are so many musicians and producers that I am inspired by it would take me forever to mention them all.

What genre do you want to work with the most?

Genres are something I am completely blind to. I understand their place, as far as being able to label music, but nowadays there are so many genre’s and sub-genre’s it’s overwhelming to keep up. The simple answer would be that I want to work with artists I’m inspired by in any genre. When I began making music it was mainly singer/songwriter, blues, rock, reggae and hip-hop. What fascinates me about EDM is that you can incorperate all of those elements and create sounds that no one has ever heard before.

What was the creative process and intentions behind your remix of ‘Standing?’

The first time I heard ‘Standing,’ I immediately became flooded with other sounds and ideas. I sampled the intro arpeggio and looped that throughout the song. In most cases when I have a sound, I meditate with it and let visions and stories come to me. With this I completely lost my sense of self and felt as if I was flying through the stars with UFO like ships. With that I knew I wanted to create something that could take the listener into that state of being I was in.

What are your future plans for releases?

I have many songs to be released soon in every genre. In the future you’ll hear anything from anti-establishment rock songs to transcendental sound healings, curated with specific frequencies to heal people. My intention with music is really broad. The core of my passion is to heal people, make people happy, awaken them to who we are, and through my lyrics bring light to all the corruption and bullshit going on. My intention is similar to my influences mentioned earlier, and I hope to do that through my lyrics backed with sounds that resonate with people. I want to bring through an energy that will shock people and force them to question everything.