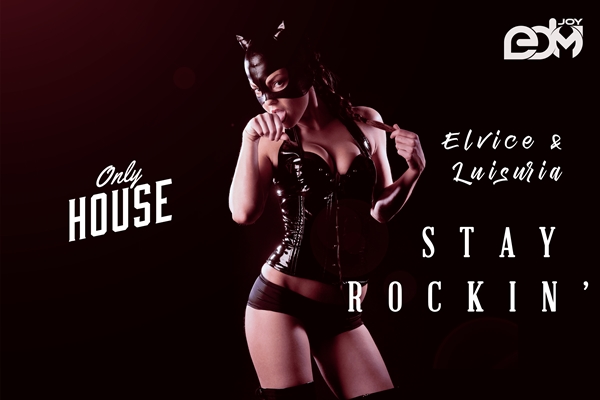 Elvice – ‘Stay Rockin‘ – Elvice and Luisuria come together to collaborate on their latest release titled, ‘Stay Rockin.’ This EDM Joy‘s Only House record blends both producers styles in a way that definitely keeps things rockin’.

DJ and producer, Elvice finds his roots in the Blacksea and is currently living in Ankara. Having drawn inspiration to produce from feeling beats, rhythms and melodies of house music and breakbeats after breakdancing for four years, he eventually decided to begin making music from that very same inspiration. Putting his focus on house and bass music with tracks such as the ‘Nein Mann‘ remix and his ‘H+M‘ remix, Elvice has released some quality productions.

For the past three years, Spanish DJ and producer, Luisuria, has been focusing on music genres house and electro house. His most notable tracks have been ‘F#ck It‘ and ‘Are You Ready.’ With Luisuria‘s signer g-house sound, he is rising consistently.

Be sure to check there track below and give some support if you like their collaborative work!