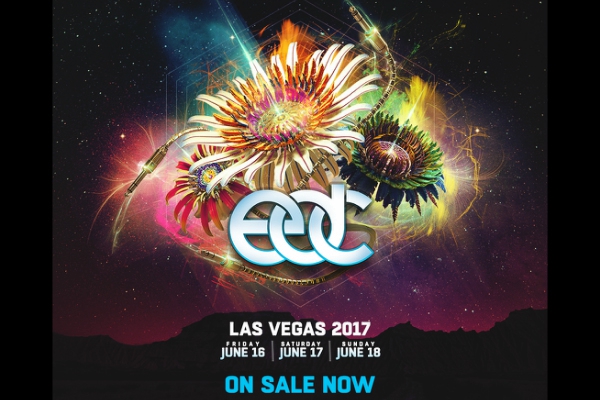 In addition, EDC Week will completely take over the Las Vegas Strip and beyond with the best Las Vegas clubs and venues hosting must-see performances from major artists, Monday, June 12 through Monday, June 19.

This past June, hundreds of thousands of fans traveled from more than 60 countries around the world to celebrate 20 years of EDC together. Eight fully immersive stage designs were scattered throughout the expansive Las Vegas Motor Speedway, hosting a legendary lineup of old-school acts, new fan-favorites and special guest appearances. Fourteen whimsical art cars weaved through the grounds radiating positivity and high energy.

Headliners experienced brand new, stunning productions like the awe-inspiring kineticTEMPLE stage – its design stretching nearly 100 feet tall and displaying the tremendous LED-lit Tree of Imagination. Debuting a layout three times larger than in previous years, the circuitGROUNDS stage embraced the crowd with a 360-degree multi-sensory experience illuminated by a sky of vibrant fireworks.

History was made at EDC Las Vegas 2016 as the festival hosted its first federally recognized same-sex wedding, held in the beautiful Chapel of Nature. Nearly 200 legal ceremonies were conducted throughout the weekend as guests of all shapes, sizes, and backgrounds tied the knot Under the Electric Sky. Attendees were also treated to Insomniac’s industry-leading VIP program at four stages, which included unique amenities and activities such as a pop-up ‘90s warehouse party, a fully-stocked beauty lounge, scavenger hunts, an 1920s inspired speakeasy, luxurious day beds and more.

Beyond the festival, Insomniac’s charitable giving program, Insomniac Cares, partnered with eBay for Charity to host the 2nd annual EDC Week Charity Auction, offering fans the chance to bid on once-in-a-lifetime experiences surrounding EDC Las Vegas. An incredible $120,000 was raised for nonprofit, The Shade Tree, dedicated to improving the lives of women, children, and their pets affected by domestic violence and crisis in the Las Vegas valley. One hundred percent of the proceeds will go to reconstructing and designing a brand new Children’s Activity Center for The Shade Tree in 2017. Additionally, three local Las Vegas charities, the Nevada Childhood Cancer Foundation, Emergency Medicine Resident Research Fund at UNLV and the Injured Police Officers Fund, received a $120,000 donation from EDC Las Vegas ticket sales to support their wonderful services to the community.

Exclusive hotel rates are now available through the EDC Las Vegas website. Fans will find the best publicly available rates on the Las Vegas Strip here. EDC Week will return with a stacked schedule of artists during the day and night from June 12 – 19. Insomniac will bring the party to Las Vegas’ top clubs and venues including XS, Wet Republic, Marquee, Omnia and more. Visit EDCWeek.com for more details on EDC Week events.

Further on-sale details for tickets, hotels, shuttles, and the most updated information regarding EDC Las Vegas, are available at LasVegas.ElectricDaisyCarnival.com. Register to stay informed and for a chance to win tickets to EDC Las Vegas 2017, here.