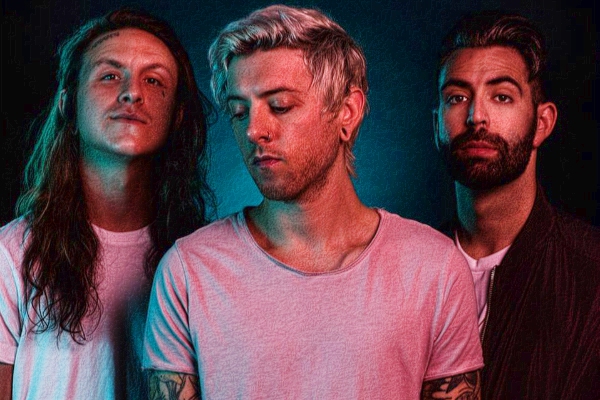 Breathe Carolina – ‘Echo‘ – The one that got away – everyone has one, and everyone knows that it’s not easy to get over. Not for the first time, Breathe Carolina explores the painful process of trying – and sometimes failing—to kiss a broken love goodbye in their emotionally-charged new single ‘Echo (Let Go).’

The American trio of ‘Anywhere But Home‘ and ‘Hero‘ fame teamed up with a mysterious new producer by the name of IZII to make the new track, and the result is a pleasant juxtaposition of melodic and futuristic vibes. ‘Echo (Let Go)’ showcases wistful, impassioned vocals alongside a chilled-out bassline that is slightly reminiscent of an Odesza production. Regardless of genre preference, listeners around the world will be nostalgic for that failed love that never quite fades away with this gem of a track.

Breathe Carolina and IZII‘s collaboration is so seamless that one wonders how they have never worked together before, but the artistic process of ‘Echo (Let Go)’ has been in production since April 2016. Both artists say that this is the longest either have ever worked on a track, but the result was well worth the wait! After winning platinum and gold records, Breathe Carolina has continued to release hit after hit, including their Sleepless EP, which premiered in the Top 10 Records in 10 different countries on iTunes the week of its release, and ‘Stable,’ which had a video premiere on MTV.

These accomplishments along with the four albums and two EPs they have released since their inception in 2007 have made Breathe Carolina a household name. While the world is quite familiar with Breathe Carolina, it is just getting to know IZII. The anonymous act has only recently infiltrated the airwaves with remixes out on Armada and Spinnin’ Records, but already has collaborations with other high profile acts like DVBBS and Adventure Club. Press play on ‘Echo (Let Go)’ for a trip down memory lane, or if you just need a little help getting over that certain someone.