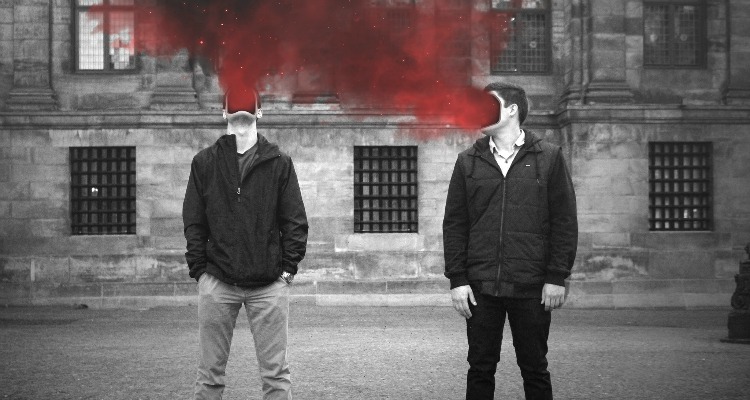 Duo group, Syence, team up with highly successful producer, Hyperbits to release their remix of TooManyLeftHands’ track, ‘Can’t Get To You.’ Hyperbits and Syence make their debut on Sony Music‘s Scandinavian imprint, DiscoWax, with this emotionally complex, future bass rework.

San Luis Obispo, California duo group, Syence, is comprised of members, Zach and Brayden. The two DJ’s and producers have been together since 2015, so far primarily focusing on ambience, future bass, and future trap vibes. Despite the fact that these guys are a new group, their first track, ‘Zones,’ reached over fifty thousand plays and gained notable support from website Indie Shuffle and artists TOP $HELF and Seigyn.

Home to New York City, DJ and producer Hyperbits, has been in the scene as early as 2012. Hyperbits or Serik Slobodskoy, has released over ten tracks in his career and has primarily focused on future house and progressive house. He has been signed to some of the most respected record labels, such as Armada Music, Ultra Records, Island Def Jam and Infrasonic. His most notable tracks are his remixes ‘Sleeping With a Friend,’ ‘Caaalifornia,’ ‘Believer,’ and many more. On his website at hyperbits.com, producers can get free samples and take a class. With support from artists Above & Beyond, Dash Berlin, The Chainsmokers, Tydi and more, a class, and production work, mixdowns, & mastering, this producer has his niche figured out!