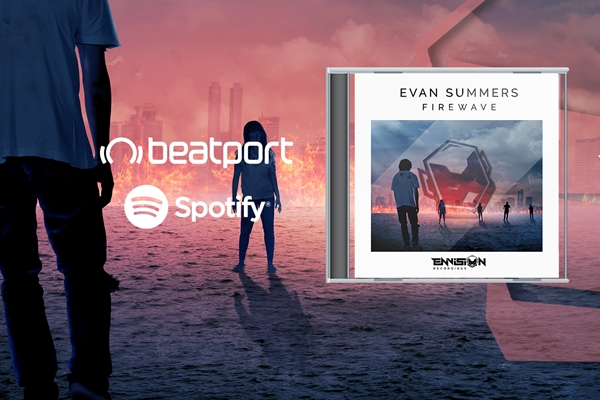 Evan Summers, Firewave – After a month of fans waiting patiently after his intense release of ‘Vision,’ Evan Summers is back with his new and strong release of, ‘Firewave.’ Having received support from a variety of artists, labels, and networks, ‘Firewave‘ is sure to gain prospective support from fans all around the globe.

22 year old musician, producer, and composer, Evan Summers or Alexander, has been releasing electronic dance music since 2011, first studying at an academy for music production, where he created his young singles in Australian record companies. Some time after this, he began producing with simple synth sounds and house vibes with remixes of Avicii‘s, ‘Crime,’ which originally featured Project46 and Taylor Swift‘s, ‘I Knew You Were Trouble.’

Evan Summers has been on several labels, such as Vibe Records, Envision Recordings, Leading Records, Blow The Roof, and Groove Cartel. Primarily focusing on house genres, such as progressive and electro house, and having released notable tracks such as ‘Desolation,’ ‘Exodus,’ and ‘Juggernaut,’ Evan Summers continues to show labels, networks, and fans all around the world that he has a love and passion for everything he does.

Brace yourself with progressive house, electro synths, and dance vibes that will make you want to get up and dance, with Evan Summers return with ‘Firewave!’