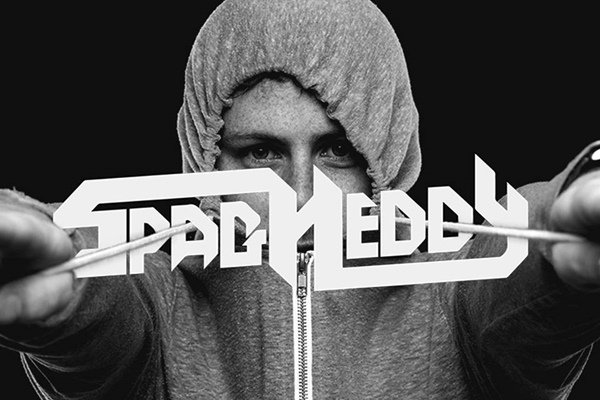 SPAG HEDDY – North American Tour – Fresh off a steaming hot 2015 with two Beatport Top 3 hits and numerous shows in Europe and the U.S., dubstep producer SPAG HEDDY is offering up hefty portions of his filthy, wonky, juicy tomato bass this July and September on his 16-date North American tour.

SPAG HEDDY, born Mischa Reining, has been cooking away in the kitchen to deliver new neck-breaking anthems that fans can catch on the stops of his upcoming tour. Making appearances at festivals including Big Dub in Pennsylvania and Life is Beautiful in Las Vegas, the dubstep juggernaut is guaranteed to dish up the recommended daily serving of bass and wubs to headbangers across the continent.

Since his emergence on the scene in 2011, the Dutch producer has become well known for his flow of both heavy and melodic dubstep and drumstep tunes. Receiving support from bass music kingpins such as Skrillex, Datsik, Excision, and Cookie Monsta, SPAG HEDDY has released originals and remixes on labels including Firepower and Never Say Die Black Label.

To get pumped for his upcoming tour, grab SPAG HEDDY’s extensive list of free downloads including his 40k banger, ‘Permanent,’ and his bootleg for Zomboy’s, ‘Immunity.’