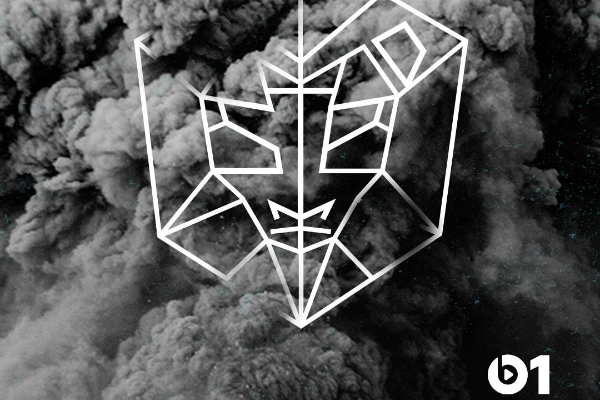 Kicking off this weekend, the show is broadcasted on Fridays at 3pm LA/6pm NY/11pm LDN and repeated Saturdays at 3am LA/6am NY/11am LDN and is set to blend his favourite current bangers with exclusive first plays of upcoming material from the label and guest mixes from label artists. With this week a special one hour long guestmix from the young up and coming producer Steve James.

I can’t wait. I’ve been brainstorming with the team about what kind of feel we want for the show. We’re all super-excited” he told the station’s flagship host, Zane Lowe, an interview on his show. “I’ll be here every two weeks mixing up my favourite tunes of the moment. So get ready: it’s going to be a massive two-hour session. I’ll be in the mix in the first hour, and the second hour we hand over the show each time to an artist who will be releasing music very soon on STMPD RCRDS.

Highlights on the stellar debut show include tracks from Steve James, ZHU, Don Diablo, The Chainsmokers & Tritonal, Jason Caruso and of course Garrix himself. “I’m definitely going to play a lot of new Martin Garrix music on the show!” he beams—something his fans are sure to be delighted about.

Beats 1 broadcasts 24/7 to over 100 countries from studios in Los Angeles, New York, and London, making for a truly global listening experience. It’s free to listen to via the Apple Music app and via iTunes on desktop.

Other DJs and hosts on the station range from Drake to Major Lazer, Dr. Dre, DJ Khaled, Boiler Room, OWSLA, Elton John and Haim, making Garrix part of an illustrious elite of tastemakers and selectors on the burgeoning station. It’s also a continuation of his growing relationship with Apple Music, who he dropped a new free download called Oops with recently.