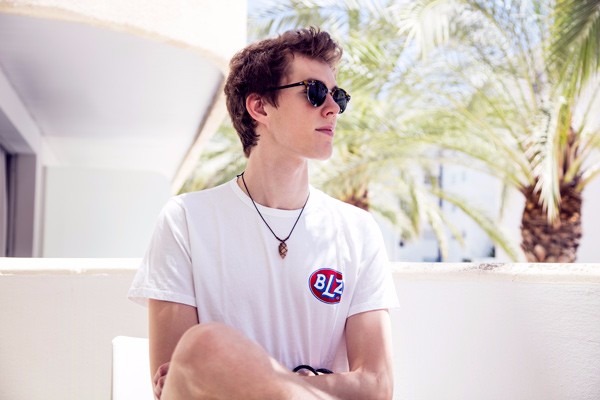 Looking to build on the success of global hit singles ‘Are You With Me’ and ‘Reality’, Lost Frequencies dropped his long-awaited third single onto Armada Music today. ‘Beautiful Life’ features the vocals of Swedish singer-songwriter Sandro Cavazza and is the first new single to come off Lost Frequencies’ forthcoming debut album.

Although an integral part of his on-going success story, ‘Are You With Me’ and ‘Reality’ weren’t the only endeavors that made Lost Frequencies’ past two years bear a lot of fruit. Since breaking onto the scene, the Belgian prodigy has played at major music festivals such as Coachella, EDC Mexico, Sensation White, and Tomorrowland Brazil. Tomorrowland Brazil also spotlighted Lost Frequencies’ new single ‘Beautiful Life’ in the official aftermovie of its 2016 edition.

Lost Frequencies, born Felix De Laet, has seen an astronomical rise to fame since releasing debut single‘Are You With Me’ on Armada Music sub label the Bearded Man almost two years ago. The single rose to become a chart smash around the world, crowned with certified gold, platinum, and multiple platinum in over twelve countries. The song also garnered more than half a billion streams to date and claimed the sought-after #1 spot in the UK Singles Chart.

Sophomore offering ‘Reality’ was released on The Bearded Man as well, featured singer-songwriter Janieck Devy, and earned Lost Frequencies another batch of awards and accolades. The song reeled in certified gold and platinum in almost as many countries as its predecessor and racked up a whopping 300 million streams so far. Additionally, ‘Reality’ went on to take the #1 spot in the European Airplay Chart in 2015.