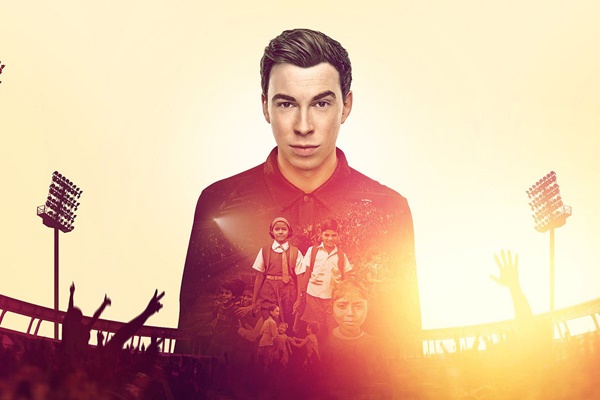 Having enjoyed international success as one of the most successful DJ’s of all time, including 2 x World #1 DJ accolades, Dutch electronic music artist Hardwell recent direction into philanthropy saw him launch his United We Are Foundation at the tail end of 2015 with a 70,000+ live aid concert in the city of Mumbai to help unprivileged children from the city’s slums. Now Hardwell is set to take part in a special event organised by the Dutch Ministry of Foreign Affairs and the Johan Cruijff Foundation which is to be held at the UN headquarters in New York on 16th June. This event, which will see Hardwell DJ at the meetings closing reception, will put the spotlight on sport as a medium for development and peace and invite famed sport stars from the world of football to discuss this topic in a global forum. Among them will be ex-footballers Frank Rijkaard, Aron Winter, Kalusha Bwalya, Kanu, as well as dignitaries from all the United Nations.

Hardwell’s DJ appearance at this UN event will also present him with the opportunity to talk about his own United We Are Foundation and highlight to UN delegates the work the foundation is doing to change the welfare of young children through education.

The United We Are Foundation inaugural event took place in Mumbai in December last year and saw Hardwell joined by over 70,000 fans on his own personal guest list to unite for an occasion to “make a social difference” against the lack of education for underprivileged children living in the slums of Mumbai. Over 10 million fans from almost 80 countries around the world watched live as history unfolded in the D.Y Patil Stadium, one of India’s largest stadiums, as Dutch dance music pioneer Hardwell delivered not only an historical event with high impact, but also brought visibility and awareness around the much-needed issue of education for young children in India.

Together with charity organisation Magic bus, the United We Are Foundation spearheads of Hardwell, Anna Agency CEO Anna Knaup and United Welfare Trust founder Shailendra Singh, and the continued support of the fans and sponsors, the ‘World’s Biggest Guestlist’ event was able to generate enough donations to benefit over 18,000 impoverished children through charity project.

The United We Are Foundation team are now planning the project’s next aid event in a new country, where it will focus its work on a different community in a bid to bring both awareness and contribution on the need of education for young children. In advance of this next step in the United We Are Foundation’s work, Hardwell will now take the message of the foundation to the UN’s HQ on June 16th, to raise further awareness on the plight of young children in the development of education and training as they grow from childhood to adulthood.