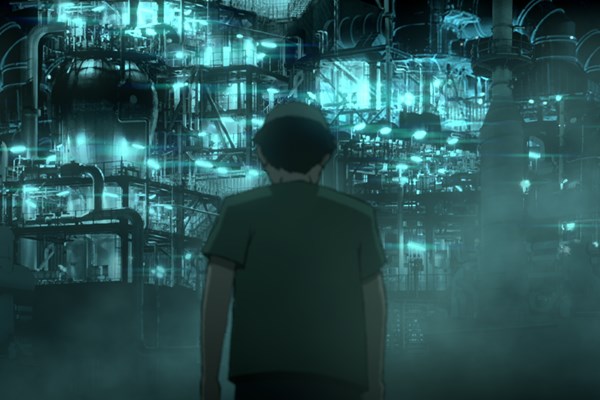 Currently in the midst of yet another prolific year, Florian Picasso has officially unleashed the music video for his progressive smash hit, ‘Final Call’ out now on Protocol Recordings. The great-grandson of Pablo Picasso clearly has a penchant for story telling, as can be seen by the heartbreaking manga tale told in his latest artistic effort, which hits close to home for Vietnam born Florian Picasso, with ‘Final Call’.

The heavily scenic animated short kicks off with the depiction of a young man living a pastoral life with his hardworking grandmother. Our protagonist finds his work in the fields slightly repetitive, yet wholeheartedly meaningful, however with the death of his only existing family member via an unfortunately placed landmine, he elects for a change of scenery. Moving into the unfamiliar city, the orphaned young man finds a mind numbing factory job, ironically producing the same landmines that took the life of his grandmother. Unwilling to continue creating the very weapon that shattered his family and waging a personal war on anti-slavery and anti-war, our main character follows his heart as represented by Florian Picasso’s origami emblem, and arrives in a buzzing club, finding that music is truly the key to happiness and another way to escape reality.

‘Final Call’ serves as one of Florian Picasso’s finest music videos to date, telling a difficult story of love and loss, and outlining the necessity of finding one’s true passion, despite the circumstances. Out now on Nicky Romero‘s Protocol Recordings, ‘Final Call’ can be purchased via the link above, and streamed on Picasso’s Soundcloud and Spotify accounts as linked below!