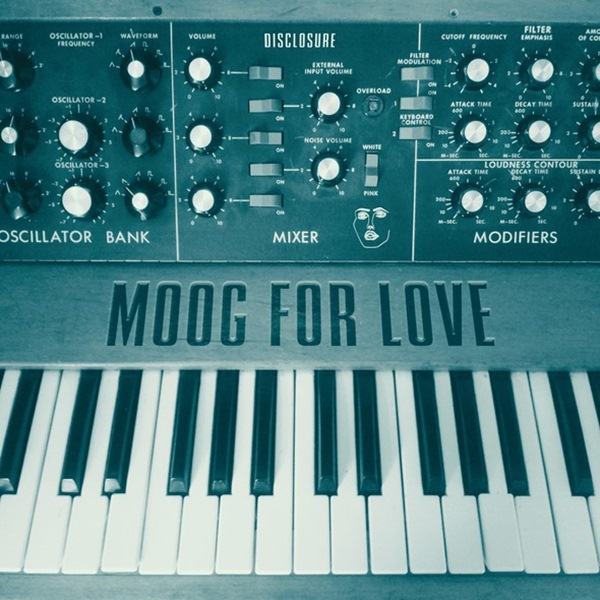 Disclosure have released a new EP Moog For Love, available to stream and purchase across digital outlets now.

It’s been exactly a year since the Grammy and BRIT nominated, platinum-selling duo announced their second consecutive #1 album, Caracal, following their Mercury nominated debut Settle, at their own self-curated WILD LIFE festival.

Following in this tradition, a taster of Moog For Love was first unveiled with the track ‘BOSS’, when it was played during Disclosure’s ecstatic headline set at WILD LIFE on Saturday, with Zane Lowe giving the EP’s title track it’s official airing on Beats 1 last night. With all three tracks released simultaneously today, Moog For Love sees the Lawrence brothers return to command the dancefloor with as much vitality, urgency and dexterity as ever.

The aforementioned ‘BOSS’ is the kind of track that has made Disclosure known as peak time dancefloor staples in clubs globally. Anchored around Howard’s pitched-down vocal, it’s a tour de force of propulsive hi-hats, liquid bass and incendiary dynamics.  ‘Feel Like I Do’ is not only an intoxicatingly soulful mid-tempo head-nodder but also the premise of a path-crossing between the duo and soul legend Al Green. This happened when Guy sampled an Al Green track off a batch of vinyl he had bought, and when asking for approval to use the track, it reached the ears of The Reverend himself, who loved it so much that he made an exception from his usual practice and handed the original recording stems to Guy to work with. The tempo is upped again in the sine wave-like EP closer and collaboration with Eats Everything ‘Moog For Love’, which ebbs and flows in hypnotic motion underneath wall-shaking kick drums.

Disclosure will be returning to the top of bills across a host of international festivals this summer, including headlining the Other Stage at Glastonbury and co-headlining Reading & Leeds with Foals, with full dates below.

In The Moog For Love (Disclosure & Eats Everything)

Get the Moog For Love EP here: