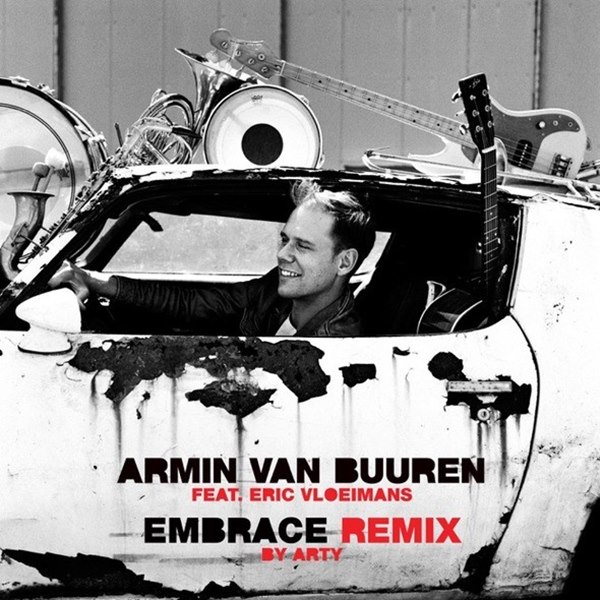 ‘Embrace’, the title track of Armin van Buuren’s ‘Embrace’ album, saw another one of its killer remixes hit the world. The track makes its welcome return by way of a high-end rendition from Russian DJ and producer Arty, known the world over for his distinct signature sound and a plethora of esteemed compositions in both Progressive House and Progressive Trance.

Arty’s ‘Embrace’ remix follows the track’s feature on Armin van Buuren’s ‘A State Of Trance 2016’ compilation as the opening single of the second mix. ‘Embrace’ was also given the orchestral treatment a few weeks prior to Arty applying his sought-after treatment to the track.

Arty, born Artem Stolyarov, first broke onto the Trance scene in 2009 and made name for himself through groundbreaking compositions such as ‘Bliss’ (under the Alpha 9 alias), ‘Rebound’ (with Mat Zo), ‘Kate’, and ‘Up All Night’ (feat. Angel Taylor). Throughout the years, Arty wrecked main stages all over the world from ASOT 500, EDC, and Tomorrowland to Ushuaïa, Amnesia, and Creamfields, and garnered a multitude of IDMA nominations, all the while seeing his hard work land him the opportunity to deliver a BBC Radio 1 Essential Mix, globally touted as the world’s biggest mix show.

Arty’s remix of ‘Embrace’ is not his first time dealing with Armin van Buuren. Arty and the world-renowned Dutchman collaborated on ‘Nehalennia’, which saw its release hit Van Buuren’s own Armind label. ‘Must Be The Love’, the acclaimed joint venture of Arty, Nadia Ali, and BT, was also released on the imprint.