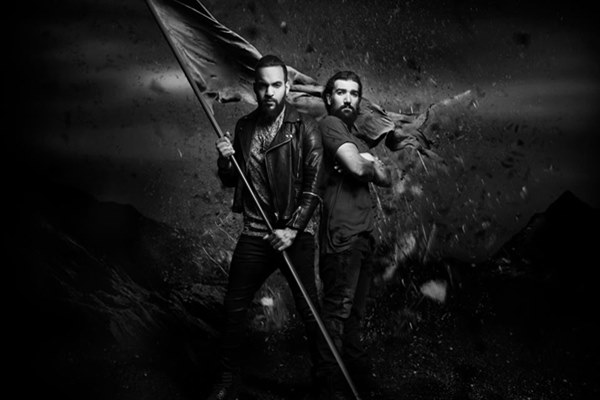 Duo group Lumberjack and solo artist Arensky come together to collaborate on a track called ‘Sky,’ which features vocals from singer and songwriter Nathan Brumley. This three minute track definitely takes a delightful house journey with beautiful and poetic vocals.

Producers, Lumberjack and Arensky, are both from France. While this is Arensky‘s first official track, Lumberjack has been releasing music for over three years now, primarily creating sounds with genres such as house, progressive house, and electro house. Their notable tracks are their remix of ‘Don’t Cry‘ and their originals, ‘Crash,’ ‘Scope,’ and ‘Revolt.’ This song’s vocalist, Nathan Brumley, is from Nashville, Tennessee. He has been singing, writing, and producing as early as eleven years old. Nathan has worked with genres in electronic dance music, indie rock, christian pop, and pop rock. He’s had his music featured on various film cuts and television channels. Some of his notable featured vocals are in original tracks such as, ‘Eclipse of Us,’ ‘Dissolution,’ ‘Break the Rules,’ and ‘Night Shines.’

As a track that has just recently been released over a week ago, ‘Sky‘ continues to thrive and establish itself as an enjoyable house tune. This track is sure to be a hit across various venues across the world this summer.