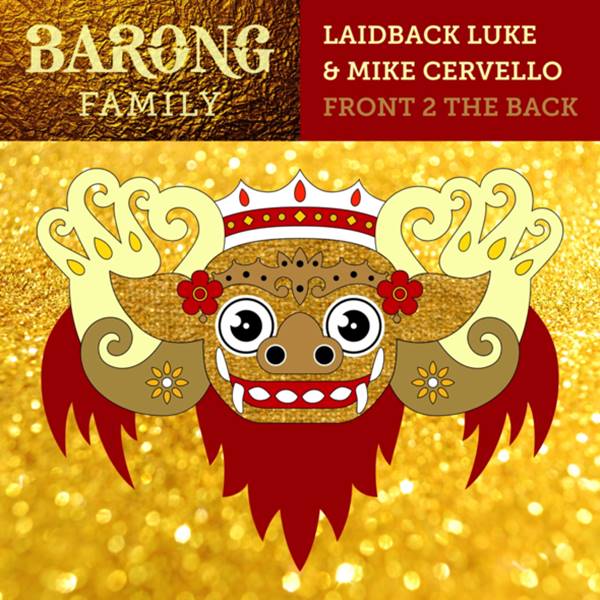 Laidback Luke’s ongoing quest to unearth, nurture and support new talent continues with his latest release alongside relative newcomer Mike Cervello: the beefy Front 2 The Back.

Cervello’s debut EP Smack! received heavyweight support from the likes of Skrillex, Hardwell and Diplo, with other credits including remixes for fellow Dutch stars Don Diablo and Gregor Saltor & Wiwek. He also remixed Luke & GTA’s ‘The Chase’ a few months back alongside Cesqeaux which looked like the start of a great working relationship for these guys.

Front 2 The Back kicks off with sexy tribal percussion and looped rap samples before dropping into a stomping on-beat rhythm with a frenzied high-pitch synth hook and plenty of energy. Super smart rhythmic switch-ups, beat gating and other tricks keep things interesting in between the breaks, and all in all it’s an exercise in how to craft the perfect banger. Released by the burgeoning Barong Family imprint, it’s set to be a fixture on the festival scene this summer.

“Mike is part of the new school with an obsession for that old Dutch sound” explains Luke. “I’m very happy the crazy Dutch sound is back. I love Mike’s tracks and I love everything Barong Family does. I’m happy we nailed this one and that we’re putting it out soon!”

Barong Family is a label that’s going from strength to strength, with an eclectic output that ranges from house bangers like this to post-trap EDM, razor-sharp dubstep and experiments in bass which belong to genres that are yet to be named. Front 2 The Back’s fusion of old skool Dutch house flavour and cutting-edge production and influences makes for a great fit for the label.

Laidback Luke & Mike Cervello ‘Front 2 The Back’ is out on 27 May via Barong Family.

Get your copy here.