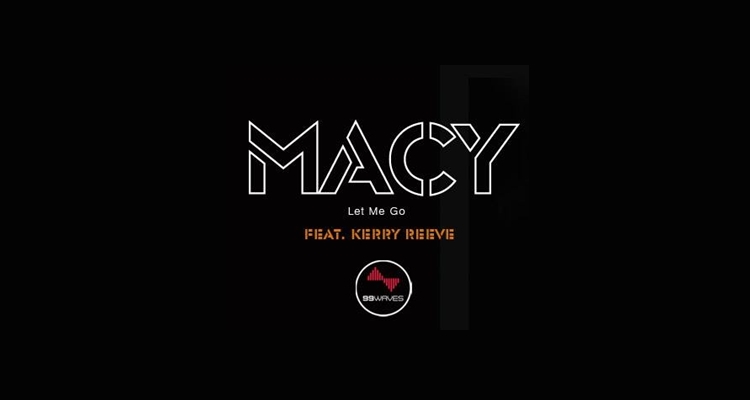 Producer and DJ, MACY, just released his track, ‘Limitless,’ which features vocals from singer and producer, Kerry Reeve. This four minute progressive house track is one of two new house tunes coming your way for these two’s collaborative career.

Italian producer MACY, or Massimo Masi, is from Siracusa. He has been making music as early as 1982 with the alias Code Nemesis, where he started as a singer and songwriter. In the late 80’s, he switched to mixing with turntables, where he ended up performing on radios and in clubs for the next ten years to follow. After this time, he stopped using turn tables and switched his focus to his producing career as MACY, working on other projects, being the director a network radio, and co-owning record label, 99 Waves Records Label. With his new producing career, he has been making originals, remixes, and collaborations, with genres such as progressive house and electro house. His notable releases in the past three years have been ‘In Your Arms,’ ‘Eyes On You,’ and ‘Do It.’

On the other hand, Scotland singer, songwriter, and producer Kerry Reeve has been involved in music as early as the 90’s, being raised in a family of three drummers, a violinist, a Grandad who always played mouth organ, and a mother who had the most beautiful singing voice and a serious love of 80’s Disco. She bought her first guitar in 1991, which became the start of Kerry’s musical journey. She played with a couple of bands in her time as a vocalist and guitarist during the 90’s, but it wasn’t until she got her first midi controller in 2004, that opened up a whole new world and meant she could make whole tracks on her own, and was where her love of music production started. Since then, she has released eleven tracks in the past two years, with genres such as drum & bass, nu disco, progressive house, indie, and more. Her notable tracks have been ‘solatium,’ ‘Caught Up in this Moment,’ and ‘Red Satin Dress.’

In the summer of 2015, Kerry Reeve and MACY got together for the first time to collaborate on their track, ‘Love Is Gone.‘ Just day’s ago, they released their second track, ‘Let Me Go,’ which is now followed by the first of two tracks, ‘Limitless.’ This track is a highly energetic production filled with progressive house vibes, hard beats, and beautiful catchy vocal hooks. This track will surely continue to be a hit for the rest of the summer.

They have three collaborations lined up for release later this year, each with different sounds and flavors that the artists feel they are ready to share with the world.