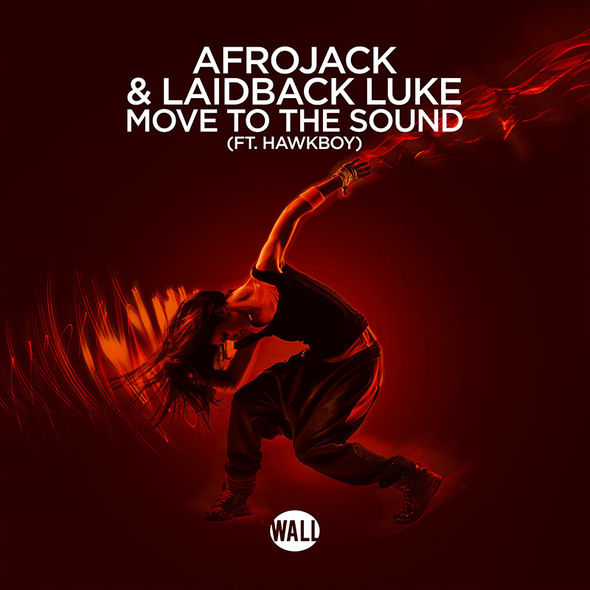 ● Dutch heavyweights battle it out on groovy house thumper
● Released via Afrojack’s Wall Recordings on May 6
Grab your copy of ‘Move To The Sound’ on Beatport
https://pro.beatport.com/release/move-to-the-sound/1762522

The undefeatable pairing of Afrojack and Laidback Luke tag-team dancefloors across the world in May with the release of their knockout collaboration Move To The Sound.

A commanding, pitched-down hip-house style vocal from Hawkboy sets the tone as a big build-up prepares us for some classic Dutch house style rhythm. Phat kicks and tight claps punctuate a deliciously undulating electro house flavour bassline while a manic, screeching lead line provides the mayhem, the energy slowly building as hi-hat and ride patterns enter the fold and big stabs heighten the tension. The next breakdown brings a funky breakbeat pattern before the snares hammer us home towards an unexpectedly huge payoff, with the rhythmic bassline swapping places for a driving, guttural one that plays a triumphant melody.

All in all it’s every bit as innovative and brimming with ideas as you’d expect from these two highly experienced stars. It’s been a big moment in their sets of late, with both Afrojack and Laidback Luke road-testing it recently at Ultra Miami to great effect.
Move To The Sound is the latest in a long line of killer releases for Afrojack’s WALL Recordings, with recent highlights including a hot Miami sampler, D.O.D.’s rowdyTaking You Back (Afrojack edit), Munar feat. Ambush’s hard-hitting Voorhees and of course the mega hit ‘Hey’ from Fais ft Afrojack.  The label continues to unearth great new talent.
May sees Luke play DLDK in Manchester, UK, Light and Daylight in Las Vegas during EDC Week, We Are NRG in California and Electric Elements in Canada. Afrojackmeanwhile will be rocking the crowds at EDC New York, Wet Republic in Las Vegas,Wish Outdoor Mexico, Barbarella in Dominican Republic and Summerburst in Sweden.
Look out for a hot video for Move To The Sound featuring two killer dance crews battling it out!
Afrojack & Laidback Luke feat. Hawkboy ‘Move To The Sound’ is out on 6 May via Wall Recordings.
AFROJACK
Facebook | Twitter | Instagram | SoundCloud | Official website
LAIDBACK LUKE
Facebook | Twitter | Instagram | SoundCloud | Official website
WALL RECORDINGS
Facebook | Twitter | Instagram | SoundCloud
In this article:afrojack, afrojack laidback luke, afrojack laidback luke move to the sound, edm, edm 2016, edm blog, edm festivals, edm music, edm news, edm promotion, edm releases, edm submission, Laidback Luke