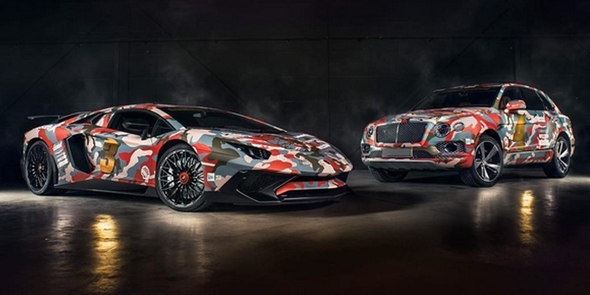 The 2016 edition of the world’s most lavish rally, Gumball 3000 has kicked off on Sunday May 1st. Taking place over the course of nine days, racing from Dublin, Ireland to Bucharest, Romania, Gumball 3000 is the world’s premiere street rally for supercar owners. Included in this year’s line-up of celebrity drivers is none other than Afrojack, joining the race in his Lamborghini Aventador, complete with a unique camouflage wrapping. Afrojack has been notorious for his love for supercars and has been known to showcase his flamboyant rides on social media.

Afrojack is just one out of a bunch of celebrities who are participating in this year’s rally. Alongside him will be Baywatch actors David Hasselhoff and Sullivan Stapleton, rappers Eve and Bun-B. The race will have several stops in major European cities like London, Luxemburg, Budapest and Prague. The Gumball 3000 race currently has over 100 million followers on social media and is viewed on television by over 60 million people.