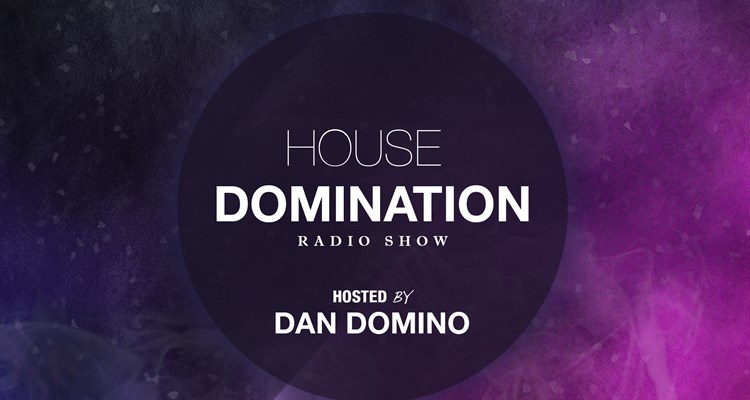 DJ and production heavyweight Dan Domino returns with the latest edition of his every growing radio
show ‘House Domination’. 2015 was a breakthrough year for Dan, who released his highly successful
collaboration with Dan-X called ‘Flame (Only One)’; landing massive support from A-list names like:
Tiesto, W&W and Juicy M along the way. Since then he has been back in the studio cooking up
some of the scene’s hottest new Progressive influenced Future House records and 2016 has already
seen his success continue from the previous year.

Returning to the studio with Dan-X, the talented duo produced ‘Find My Home’, which was instantly
signed by Deorro for his Panda Funk Records imprint; piling up praise from global superstars like:
Quintino, Tiesto, Sander van Doorn, Bingo Players, Sick Individuals, Firebeatz, Lucky Date,
Thomas Gold, Swanky Tunes and radio play on stations such as Capital FM (UK), Slam FM (NL)
and SiriusXM (US), demonstrating Dan’s immense talents and skills. With more highly anticipated
anthems due for release on legendary labels such as Chuckie’s Dirty Dutch label, Dan’s rise to the
top of the EDM ladders shows no sign of slowing down anytime soon.

Continuing on previous episodes, the April edition of ‘House Domination’ mix showcases some of the
finest tracks on the scene, experimenting within different genres like: House, Future House, Bass
House and Progressive House. This month’s episode is home to worldwide hits, from household
names like: R3hab, Quintino, Kaskade, Fedde le Grand, Coldplay and Lucas & Steve, making this
the perfect mix for any situation.

Whilst you can now enjoy the April 2016 mix from Dan Domino’s ‘House Domination’ radio show
series, keep an eye out for more thrilling projects to be announced in the weeks to come.