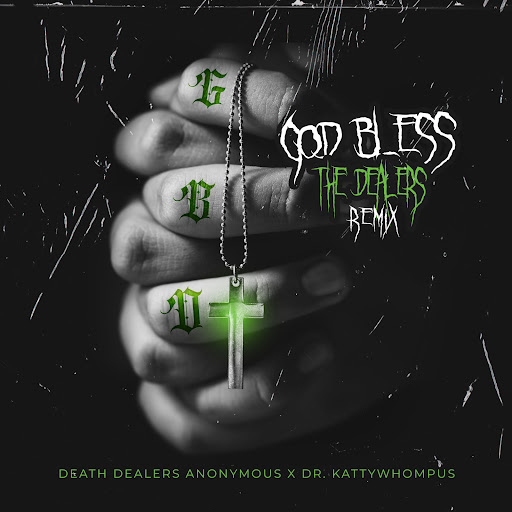 Featuring trap influenced beats, a hard bass drop and lyrics provided by Death Dealers Anonymous, “God Bless The Dealers” is a track made to headbang and rage out to. Take a listen down below!

Dr. Kattywhompus came to Earth on Feb 29th 2020 to observe the apex species on this planet. In his observations he recognized the impact music has on humans. To further understand why music is so influential to this species Dr. KW decided to create his own sound to run experiments. The results are still to be determined.

Death Dealers Anonymous is as if you are under attack at every turn, You don’t know their identity and you don’t need to. Never leaving a trace – not a fingerprint – the grimey gangsters build in anime and horror movie influence into the sounds they make. Every EP revealed an evolution into something different. Could they be an interdimensional hitman – or something more.