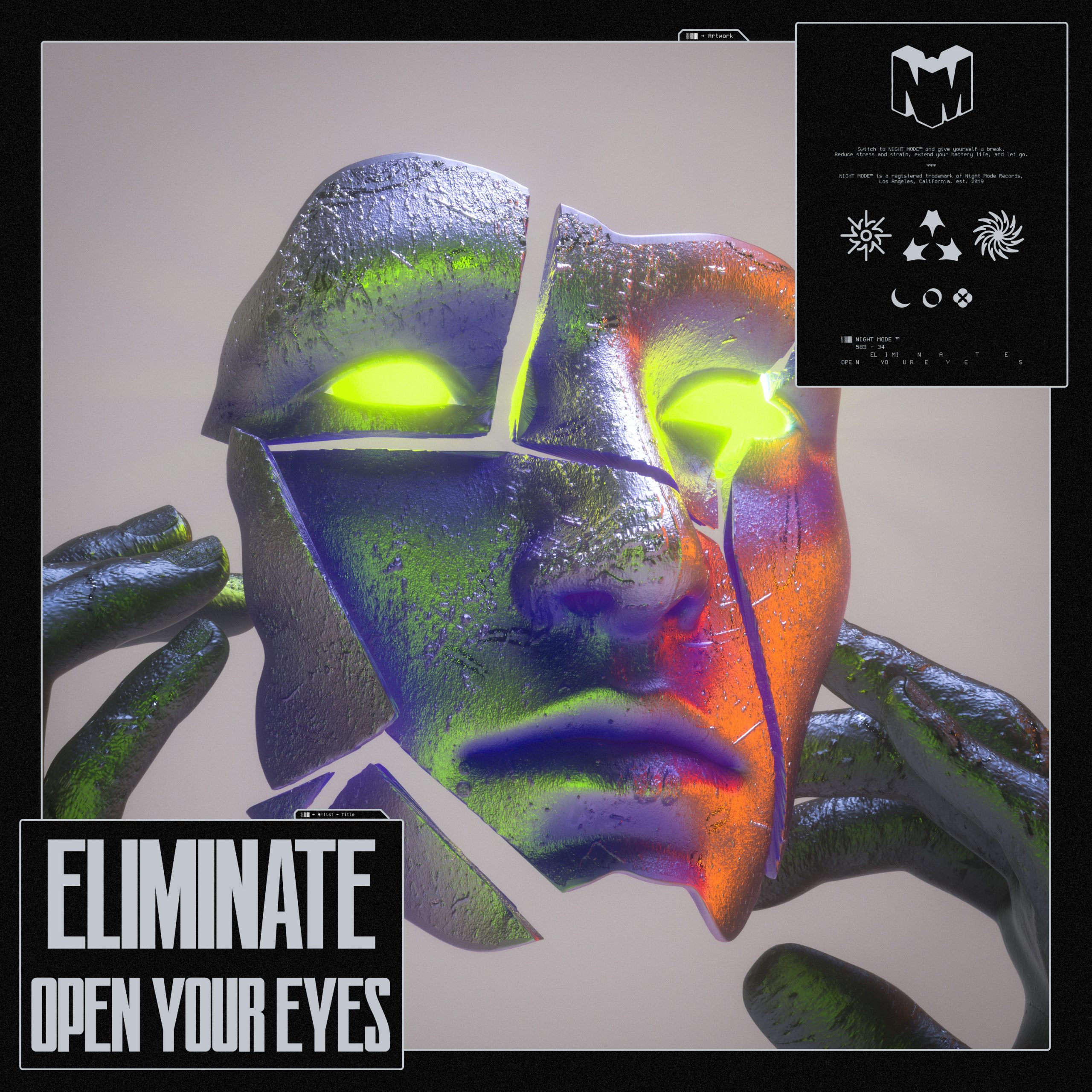 Eliminate returns to NIGHTMODE with his sophomore single, “Open Your Eyes,” an enlightening four-on-the-floor offering pulled from the eighth season of releases from the label.

Genre constraints are not a reality in the world of Eliminate, the cross-cutting sensation who has made it increasingly difficult for his followers to predict his next move. Even though it would be fair to classify him as a bass act, his range and determination to dwell miles ahead of the curve challenges the notion of simply placing him in a single category. His prolific discography should be enough evidence to send home the jury, having dominated the sounds of dubstep, drum & bass, electro house, glitch hop, trap, breaks, and the list keeps on going. Back in 2020, Eliminate gave NIGHTMODE a taste of his flexibility via his label debut “Crystallize,” featuring singer-songwriter Leah Culver, a bubbly yet banging melodic track. The pendulum is now swinging back around with his follow-up single, and it finds him taking yet another step into unfamiliar territory.

“Open Your Eyes” has been an elusive ID in his sets over the past couple of years, most recently drawing the crowd into its hysteria during his set at Forbidden Kingdom festival. The track opens with lilting melodies, scampering Xylophone hits, and suspenseful strings until the main motif takes the spotlight. The electrifying lead assumes its true form once an incredibly buoyant 4×4 beat joins the party, both of which gracefully take a step back during a moody breakdown complete with throbbing basslines, video game bleeps, and pitch-shifting vox. Swift arpeggiations and swelling pads pile on the tension into the next build up, eventually giving way for a trap-powered twist on the marquee riff. The seamless permutations plotted throughout the single keeps the listener guessing the entire way through, in the same vein that Eliminate has done throughout his trend-shattering career.

“Open your eyes has been one of the most fun songs to play in my sets because it never fails to get the crowd moving.” –Eliminate