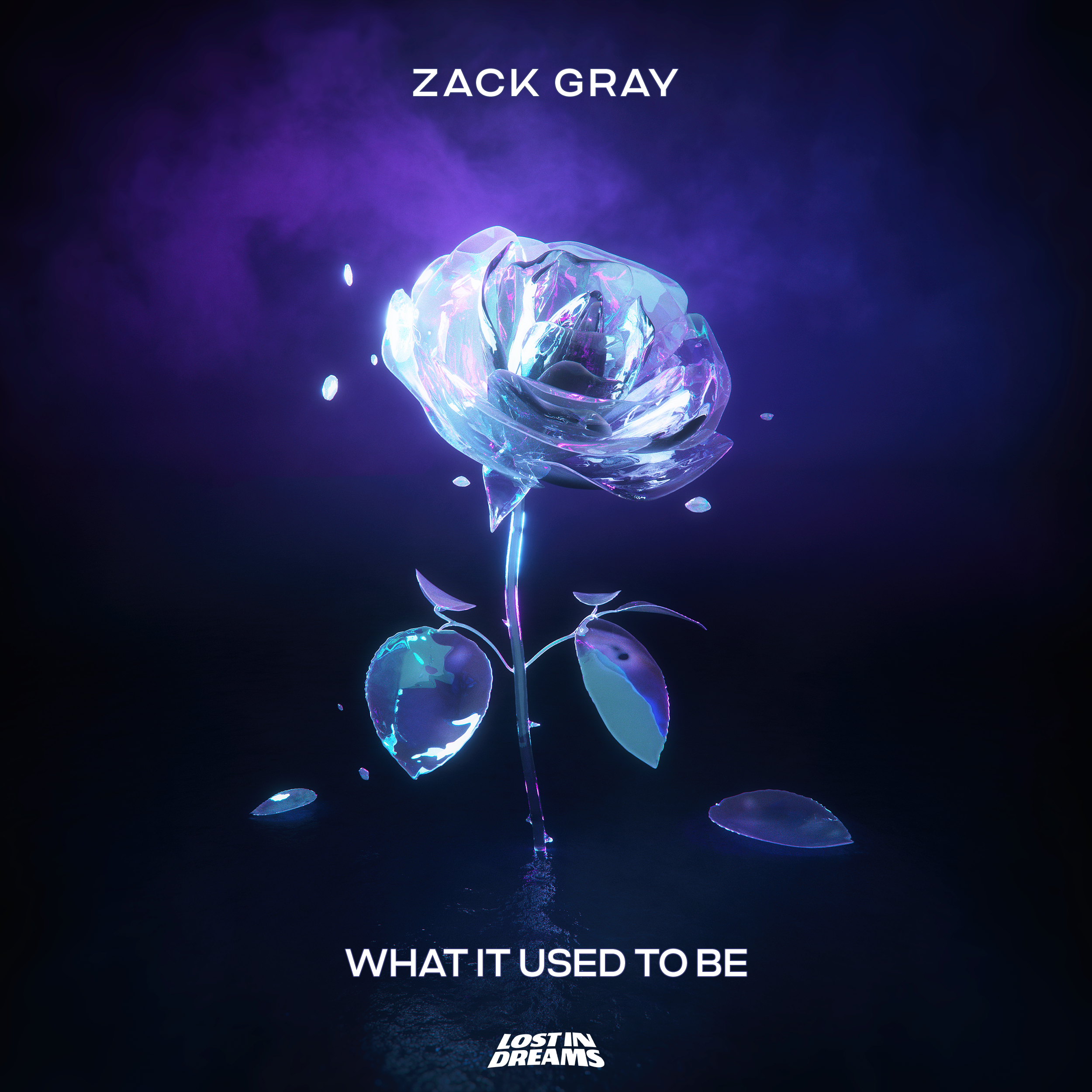 Zack Gray continues to expand his footprint in the melodic bass world with “What It Used To Be,” his sophomore solo single issued by Insomniac’s Lost in Dreams imprint.

Weaving himself further into the fabric of interpersonal relationships, Zack’s latest offering hits another sensitive spot from the heartbroken spectrum. It’s a highly relatable track that delves into the dangers of dating in the digital age. It opens up with his own distinctive crooning, as he rummages through remorseful recollections that unfold over somber, lilting piano keys. The emotion hits the high water mark as he adds muted drum hits and drama-packed strings that converge into a flood of emotive synth swells and tinkling 808s. From the afflicted topline to the equally doleful mood of his captivating production, “What It Used To Be” touches on the high wire act of navigating the intricacies of love in the face of social media, lies, infidelity, and the scrutiny of the public’s eye.

Less than a month ago, Gray slid in with his first solo appearance on the label, “Worth It,” which intended to shift his attention back to his own original material after becoming a hot ticket as a singer and song-writer in dance.

“For the last year and a half, I have primarily focused on being a vocalist in the EDM space and have been so stoked on my recent success as a vocalist and co-collaborator”, says Zack Gray. “Now, in 2022 as I shift my focus back on production and explore new sounds in the melodic world.”

Zack Gray is certainly coming into his own again. The Sacramento-born, Las Vegas-based artist took some time away from his solo career to carry out a number of high-caliber collaborations that includes Nurko’s “Safe,” Vanic and Fairlane’s “Earn It,” and the chart-topping “Hurt” with MitiS. A fair amount of his most recent co-credits have landed on the Insomniac Music Group catalogs with a steady stream of songs for SLANDER’s Heaven Sent and, of course, his new home at Lost In Dreams.

“I couldn’t be happier to be a part of this amazing family with releases by some of my favorite artists and friends in this space”, he adds. “Releasing on this label is, pun intended, a dream come true!”

The excitement is destined to reach astronomical heights as the sparks between Zack Gray and Lost in Dreams continue to fly.

Zack Gray’s single “What It Used To Be” is available everywhere via Lost In Dreams Records.

In this article:edm, edm 2022, edm release, edm releases, featured, insomniac, lost in dreams, What It Used To Be, zack gray