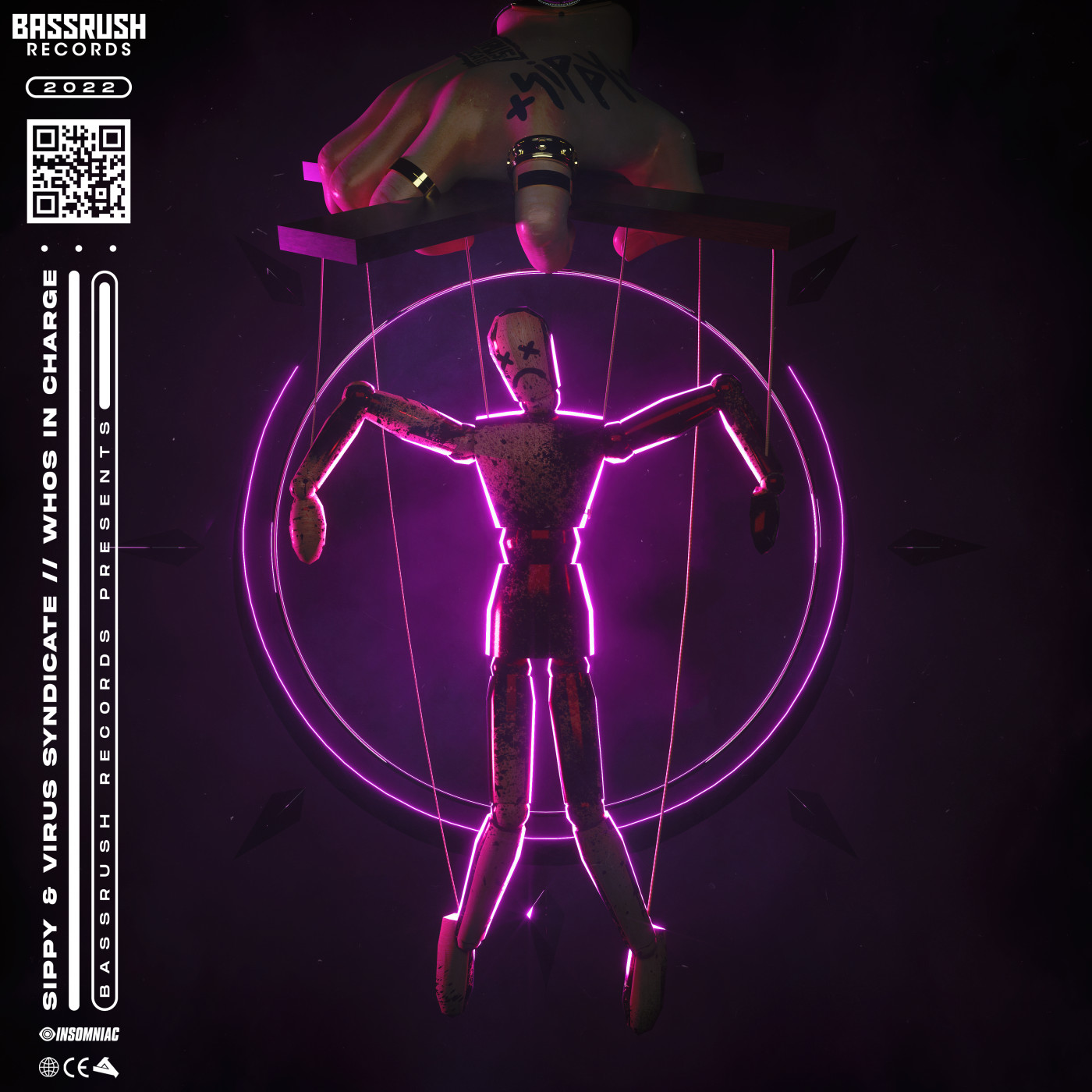 SIPPY and Virus Syndicate combine forces on their new collab “Who’s In Charge,” an ungovernable dubstep single that finds them asserting their authority with the Bassrush Records crew.

Forming an alliance of unspeakable proportions, the Australian-bred low-end maven SIPPY connects with the dons of organized grime, Virus Syndicate, to shake down the bass music scene with the sheer firepower of their clout-checking creation. “Who’s In Charge” answers its own rhetorical question, as the two unstoppable talents lean into their own respective strengths to let the world know who’s actually calling the shots.

SIPPY runs up with a murky and menacing groove, reminiscent of the OG era from whence the genre first started indoctrinating heads into the way of the wobble. It goes without saying, the cunning lyricists Virus Syndicate pull their own weight on this ruthless vie for power. The iconic duo pummels their way through the nostalgia-riddled vibes, spitting straight venom about a hard-knock life spent as made men in bass music.

“I wrote this track in Australia during Covid,” says SIPPY. “I think I wrote about nine different ideas to send to the boys before I eventually decided on this one. I’ve been playing it in almost every set since, so I’m very excited to get this one out. This is my first release with Bassrush, so I’m very happy to join the bill of amazing talent.”

Virus Syndicate shed some light on the process, as well: “We’d be talking to SIPPY about doing a collab together as we love her music and think she’s sick! When she sent over the instrumental, we were instantly locked in. The vibe was perfect! Energetic, moody, EPIC! We started writing our verses straight away and it all came together quickly and organically. We knew we had a banger and we’re gassed to be releasing this on the legendary Bassrush.”

Based out of Sydney, Laura Patterson has been pouring out mouth-watering bass tracks under the guise of her SIPPY moniker. She’s rubbed shoulders with some of the most reputable stables in the dance scene throughout her explosive career, having showcased her versatility through several originals and a few star-studded collabs alongside Marshmello, Bear Grillz, Krewella and NERVO. She’s also found her way onto a couple of Insomniac Music Group imprints along the way, from her dose of heavy bassline on the “PINGAZ” collab with Wenzday on IN / ROTATION to her most recent squelchy rework of RIOT’s “Down With Your Love” on the official remix package for NGHTMRE and SLANDER’s Gud Vibrations label.

On the opposite side of the pole, Manchester’s genre-bending madmen Nika D and JSD have been blurring the lines between rap and bass since mid-aughts as the highly contagious duo Virus Syndicate. They’ve been spreading their iconic hip-hop pathogens across the entire spectrum, injecting their infectious fusion of influences into grime, trap, drum & bass, and dubstep, all with their clinical precision. It’s no mystery why so many like-minded artists jump at the chance of sharing real estate on the release level with them, including heavyweights from the likes of Virtual Riot, Subtronics, Black Sun Empire, Snails, Eliminate, and literally everyone else on the map.

With SIPPY’s vicious beat and Virus Syndicate’s unyielding bars working in-cahoots on “Who’s In Charge,” there should be no questions about who is running the show from here on out.