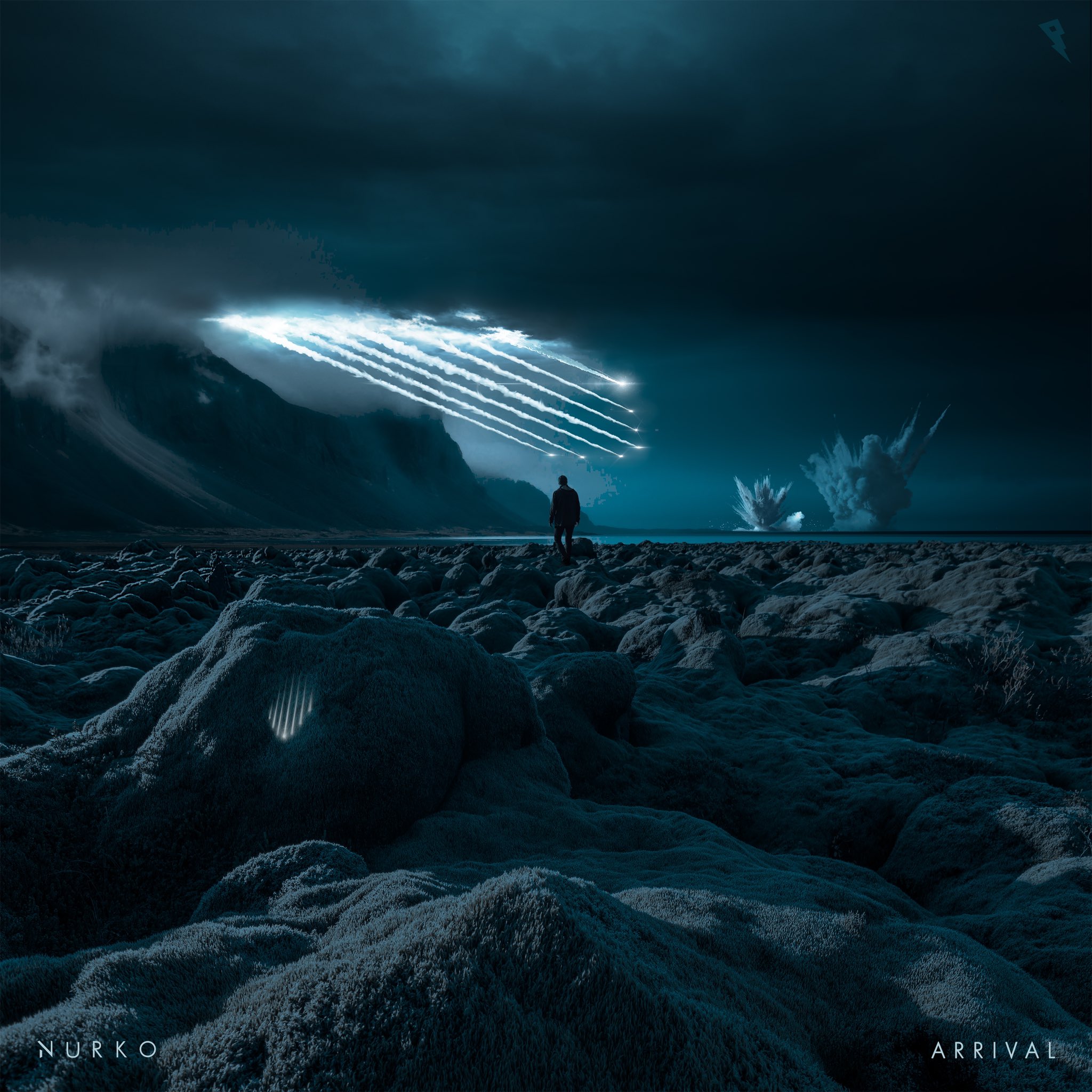 NURKO returns to the release radar with the 5-track ‘Arrival’ EP. Building much anticipation in the lead-up to its release, fans and listeners alike have been eagerly awaiting and can now finally revel in the atmospherically entrancing melodic bass masterpiece. The new offering comes alongside a 16-stop North American tour and follows up previous lead singles such as ‘Disappearing Now’ with Chandler Leighton, ‘Lost Without You’ with Crystal Skies and KnownAsNat, and ‘Spinnin’ Wheels’ with JT Roach. Out now via Proximity, NURKO’s ‘Arrival’ EP is available to listen to across all streaming platforms.

The intro, ‘Arrival’, kicks off the EP with the faint rumbling of a thunderstorm, quickly followed by radio static and a chaotic amalgam of sounds. Eventually, certain stations can be heard warning of the arrival of something monumental, paired alongside a rising tension cinematic, larger-than-life production.

‘Disappearing Now’ is next, and features an anthemic, soaring vocal courtesy of Leighton throughout its entirety. Ethereal and immersive, it effortlessly pulls at one’s heartstrings with each passing second. Hefty bass drops, an enticing tone, and emotionally-charged lyricism characterize the majority of the track, a quintessential festival-ready rinser.

‘Lost Without You’ directly follows, and features additional hard-hitting production from DJ/production duo Crystal Skies. Burgeoning musician KnownAsNat lends her melodious vocal abilities to the propulsive endeavor, infusing it with a captivating flair that serves as a perfect accompaniment to its rapturous ambiance.

The EP’s penultimate tune, ‘Spinnin’ Wheels’, features vocals from L.A.-based musician JT Roach, and is a prime example of both musicians’ at their absolute best. Palpably raw tension is crafted with an astute ease, followed up by a series of heady soundscapes and NURKO’s signature melodic bass sensibilities.

‘Breathing Again’ rounds out the ‘Arrival’ EP with a flawlessly-executed vocal performance from skye silansky, a high octane masterpiece rife with equal parts emotion and intensity. The imminent bass drops and heart-fluttering production simply leave one breathless, leaving a strong desire for even more from the esteemed creative force.