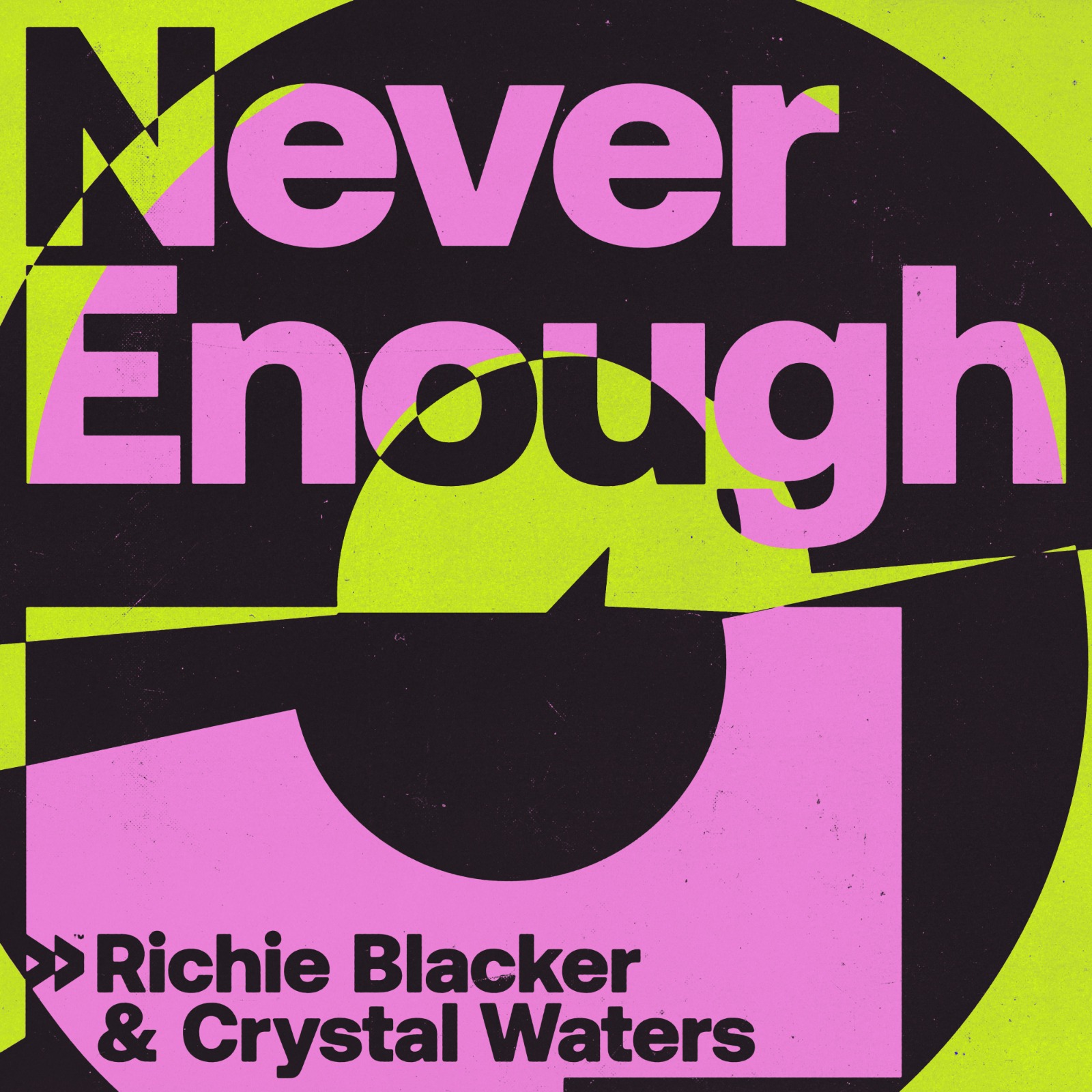 Currently holding a prestigious Future Fire 2021 title from Danny Howard on BBC Radio 1, Northern Irish talent Richie Blacker has scored skyrocketing hits with additional BBC Radio 1 spins and backing from Pete Tong in recent months. His acclaimed Summer of Rave EP maintained the no.1 spot on the Beatport Chart for a month straight whilst releasing on Nothing Else Matters, further cuts on Skream’s Of Unsound Mind, and the legendary Anjunabeats.

Teaming up with Richie for their first collab, Never Enough features original vocals from the queen of house music Crystal Waters. Dubbed as “One of the most influential women of dance music” by Mixmag, Crystal Waters catapulted to dance music icon status with the success of her 1991 global hit Gypsy Woman (She’s Homeless). Her accolades are endless, boasting four Billboard Music Awards, three American Music Award nominations, 6 ASCAP Songwriter Awards, an MTV music video award, and 11 Top 10 songs including 100% Pure Love, which spent 48 weeks on the Billboard Hot 100 back in 1994. Following the success Crystal Waters has now collected over 100 million streams on Spotify and Youtube whilst earning 2.12 million followers on Shazam.

The fresh collaboration between Richie Blacker and Crystal Waters marks the perfect recipe for a stratospheric hit. Infused with infectious house synths, upbeat piano keys, and original vocals from Crystal Waters herself, the pulsing beat of Never Enough is a guaranteed club classic.