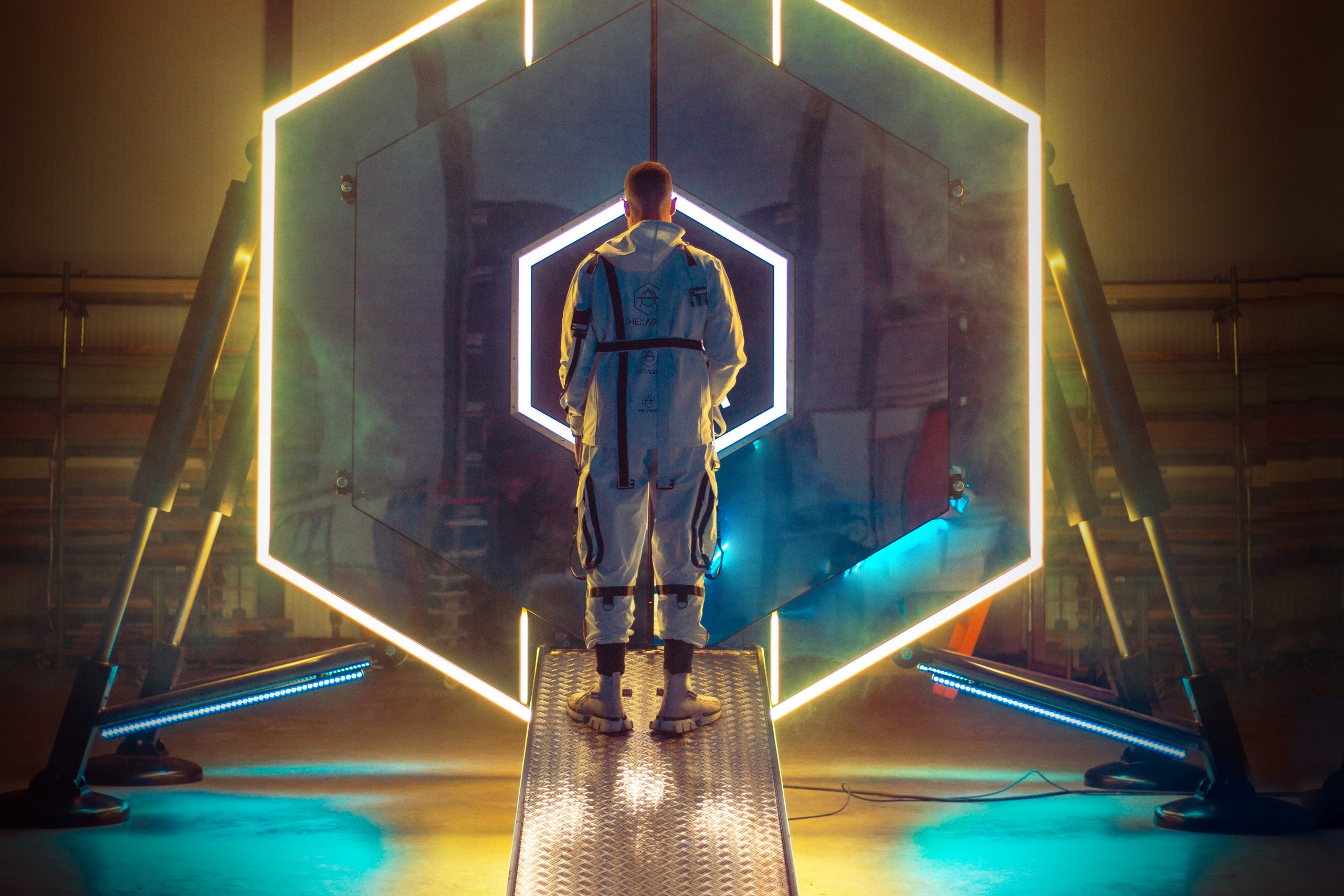 Fresh off the back of his debut appearance at Art Basel for PACE gallery, Digital pioneer Don Diablo has just sold his latest jaw-dropping NFT – HΞXHIBIT III – for 1.2 million USD through world renowned auction house Sotheby’s to famous NFT collector 33NFT in collaboration with MOCO Museum. The futuristic looking NFT has the biggest physical art piece attached to a token in the space so far and will be on view for the public at Museumplein this Thursday and Friday, 9-10th December 2021 before going into the Museum collection.

Creating a revolution in the crypto-art scene with his ground-breaking NFT creations, Don’s latest work HΞXHIBIT III comes with a mind-blowing physical piece. The NFT itself showcases the concept of a mysterious object which resembles a combination between a spaceship and portal. Renowned for his ability to bring physical elements to his digital work, Don has taken his craft to the next level, by creating the ambitious physical piece in real life. Once inside, Don will reveal an exclusive first look at the MetaVerse he has been building since the start of the pandemic.

Max Moore, Head of Contemporary Art Sales, Sotheby’s Hong Kong and Head of Digital Art Sales said: “Don Diablo is a pioneering artist in the digital medium, combining the physical and digital to push boundaries and ask us to redefine our conceptions of art. It’s a privilege for Sotheby’s to handle this sale before it’s international exhibition debut.”

Speaking about HΞXHIBIT III, Don elaborated “It’s now officially safe to say NFTs are here to stay. Digital art has been frowned upon for many years, but if there is one great thing this pandemic brought us it’s the birth of a digital (art) renaissance. Traditional collectors around the world are now starting to understand the value of this exciting new art form, which has a history of its own, this has now created a global wave of infinite possibilities and opportunities. At this point in time those who are joining the community are still seen as pioneers since the majority of the world is still struggling to understand what an NFT is. Why spend money on something that isn’t even tangible? The answer is simple: because it’s the future. In so many ways. HΞXHIBIT III is here to make a statement. It’s not only one of the biggest physical pieces attached to a token in the history of NFTs, it’s also a way to physically feel, hear and experience the power of digital art once the doors close behind you. Similar to my previous works the digital content part of this piece will keep developing itself, forming a connection between creator and collector for the years to come. That’s the beauty of digital art right? Considering today’s possibilities buying a piece should simply mark the beginning of an adventure.”

It has been quite the year for Don Diablo. Displaying a unique ability to tap into the future, the forward-thinking artist refuses to be pigeonholed by just one avenue of his illustrious career. This year alone he has been working on ambitious new projects alongside Star Wars, Disney and the United Nations. His GΞNESIS piece marked his entry into the NFT space earlier this year and sold for a record-breaking debut entrance of 110Ξ on fine art auction site SuperRare. Shortly followed by another record-breaking sale: DΞSTINATION HΞXAGONIA which then became the biggest primary sale on SuperRare (600Ξ), instantly making him one of the highest averaging artists in the community. After that the Dutchman was a part of Sotheby’s ‘Natively Digital’ NFT legacy auction and collaborated on an immersive art piece with NFT legend Trevor Jones. Just last week, Diablo revealed his first piece for renowned gallery PACE in collaboration with DRIFT during Miami’s Art Basel, making headlines with the sale of their ‘Block Universe’ NFT.

MOCO Museum is known for having the first NFT museum exhibition in Europe.  MOCO continues collecting and curating art that will open minds and question the world around us.