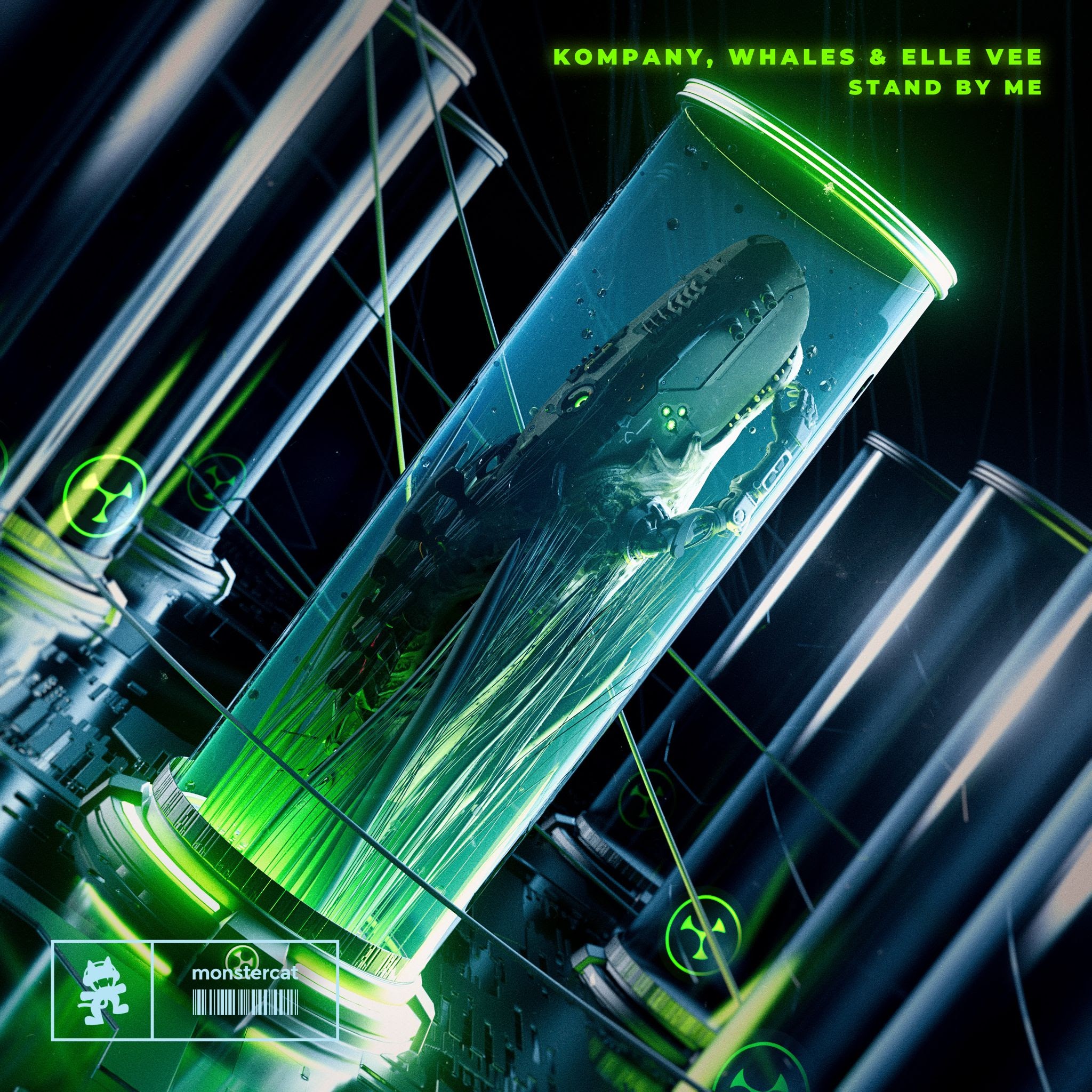 Dubstep powerhouses Kompany and Whales returned to Monstercat today accompanied by renowned singer-songwriter Elle Vee for their powerful bass single, “Stand By Me.” Whales’ melodic sensibilities are on full display as the beautiful chord progressions and bright synth lead blend perfectly with Elle Vee’s emotive vocals. Kompany’s signature hard-hitting sound commands the growling basses and thumping drums, adding a layer of aggressive energy to the track. With both artists in the midst of headlining tours, fans can expect “Stand By Me” to become a staple in their live performances.

Kompany shares, “It’s always a fun writing process when I get to tap into my melodic side a bit more. Whales had sent me this tune very early on, and I hopped on it the moment I heard the vocals. I really loved working on this one and hope everyone enjoys it!”

Whales adds, “Kyle and I always wanted to create a super heavy track, but after the success with “Save You,” we realized how much our fans loved the melodic side of Kompany. “Stand By Me” is a song you can enjoy whether you’re at home or on the dance floor. After adding Elle Vee onto the track, we created an emotional, but heavy masterpiece.”

Elle Vee also comments, “This song is about a person who is aware that they have issues within relationships, and they’ve found a person that matters so much to them that they’re inspired to change those personal flaws for them for the sake of a relationship. “Stand By Me” is about loyalty, love, learning, and acceptance.”

As one of dubstep’s top producers, Kompany is a force to be reckoned with. His unique sound design and instrumental background have seen him work with and remix songs from industry greats such as Illenium, SLANDER, and Wooli. On the back of his ‘Untouchable’ EP, Kompany is taking his new audiovisual experience on the road with tour stops at Treehouse Miami, Hard Rock Live Las Vegas, and more.

Starting his musical journey at the age of eight, Israeli producer Whales has overcome seemingly insurmountable obstacles. Dealing with intense Tourette Syndrome his whole life, music became his therapy, and he’s since made an astonishing recovery, cementing himself on the global bass circuit. His powerful story and diverse sound have seen him collaborate with heavyweights such as Excision and Kayzo. With his North American headline tour in full swing, Whales is poised to have a career-defining year.

After her career took off in 2017, Elle Vee has built an impressive discography. With hundreds of releases spanning multiple genres, Elle Vee is a musical powerhouse. Her dynamic voice has made her one of the most sought-after vocalists, landing her on SLANDER and Spag Heddy’s single “Running To You,” Culture Code’s “Make A Promise,” and more recently SLANDER and MARAUDA’s new collab, “SUFFER.” As 2021 draws to a close, fans can expect more music from Elle Vee in the new year.