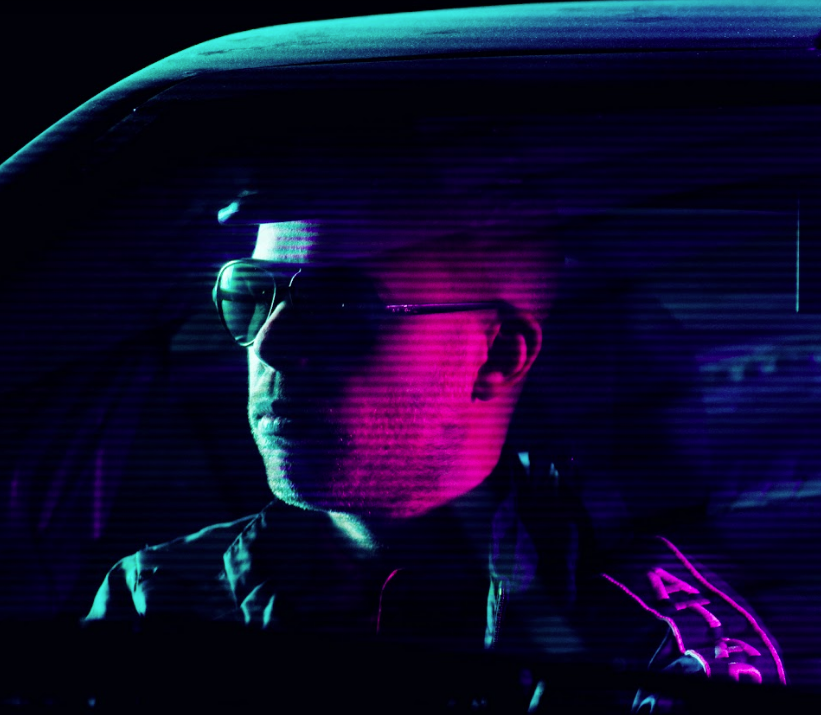 Swedish synthwave maestro Waveshaper has released ‘The Phantom Machine (Film Edit)’ on the 22nd of October via Waveshaper Music Production. The track is an extended version for the upcoming short film The Phantom Machine directed by Jendo Shabo, while the original track is part of his recently released album Mainframe. Waveshaper has shared the stage with Com Truise, appeared in The Rise of the Synths documentary alongside narrator John Carpenter, and had his work remixed by F.O.O.L, Droid Bishop and Magic Sword. Alongside the Toxic Avenger and Carpenter Brut he contributed to the award-winning PS4 / Xbox game Furi, and then went on to score the soundtrack for Swedish film Videoman, which was nominated for the International Film Music Critics Award (IFMCA) for Best Soundtrack. His track ‘Space Romance’ features on Netflix’s Sex Education while recent track, ‘Save Room’ was added to NPR Music’s playlist. He has seen support from publications such as EDM.com, New Retro Wave, Magnetic Magazine, Daily Express, Electricity Club, Heavy Blog Is Heavy and Metal Sucks, and boasts over 65 million streams across platforms.

Born and currently based in Jönköping, Sweden, Waveshaper has performed in the UK, USA, Europe and Russia, and is working towards a North American tour in 2022. His father was an early tech enthusiast, who taught him to make music on an Amiga 500 in the 90’s. It’s no surprise then that Waveshaper draws influence from the nostalgia of early video game soundtracks as well as 80’s VHS movies, while his own sound calls to mind the work of Com Truise, Boards of Canada and Gesaffelstein.

While Waveshaper stays true to his retro-digital roots on ‘The Phantom Machine (Film Edit)’, the track has its own progressive, undulating soundscape, setting it apart from the LP’s previous releases. Encompassing dark sonic textures and captivating embellishments, ‘The Phantom Machine (Film Edit)’ is exhilarating and compelling, in equal measures.

“Every second of Mainframe’s songs have been laser-focused into the best versions of themselves.Whether it’s the same track’s light refrain before its crescendo, or the hollow echo felt at the end of The Hive, Mainframe is pitch-perfect.” –Daily Express

“The Phantom Machine’ is Waveshaper through and through, in the way that it grows and breathes, the little touches that make it unfurl before our ears and conjure the machines, cities, and aesthetics that synthwave lives and breathes.” -Heavy Blog Is Heavy

“The pulsating ‘Signals In The Night’ shines for the dancefloor, hypnotic and phat like a more intense take on vintage French disco masters SPACE with a distorted synthetic horn solo to provide extra uplift” –Electricity Club

“The Swedish artist delivers a melancholic new track from his album with chugging bass underneath rolling synths that slowly become more hopeful as the song progresses.” –Magnetic Magazine

“Waveshaper remains a flag-bearer for synthwave’s original identity and continues to make it exciting to long-time fans and new listeners alike.”–EDM.com

“Always a step above in production, Waveshaper has taken us on epic voyages across time and space with a fantastic blend of outrun, synthwave, and at times a touch of disco.”-NewRetroWave