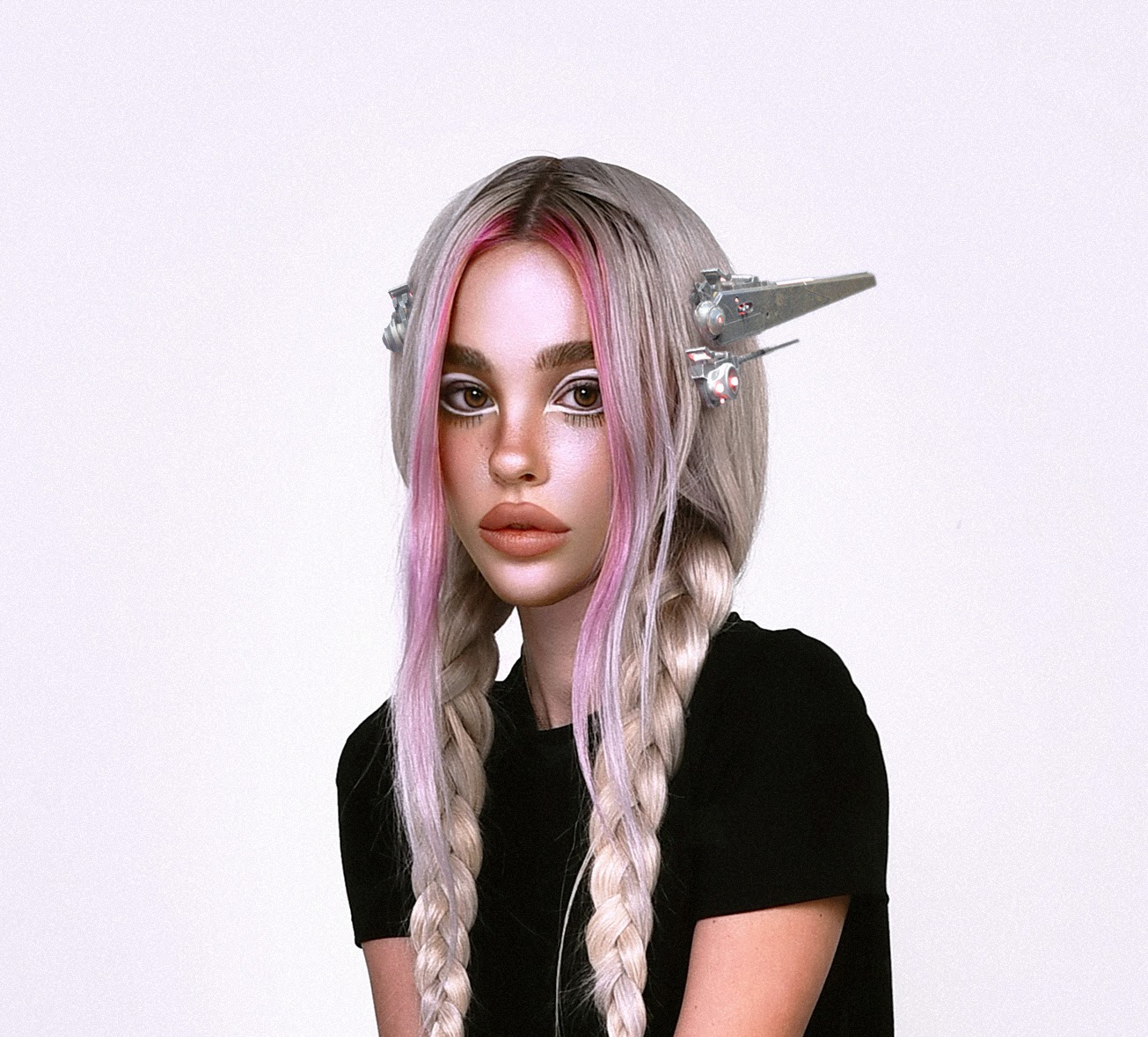 Future-pop artist and former model Maria Domark has released her debut EP, Flawless on the 3rd of September via P.O.F CORP. On the EP, listeners will find the enticing song, ‘Haunted’. Maria Domark’s EP is accompanied by hyper-modern 3D art from artists like Razorade and Sevi Domochevsky who have worked with the likes of Grimes, Charli XCX, and Arca. The artist has built a social empire by herself with over 2 million followers on Instagram, Facebook and TikTok and more. Maria Domark has deleted all of her prior content to start over from scratch on a complete online rebranding, without prejudice. The singer is currently garnering the attention of international publications, including FLAUNT with her debut EP.

While her music is accompanied by iconic mind-bending visual art and curious underground labels, Maria Domark’s sound embraces the world of future pop, calling to mind the likes of Grimes, Poppy, Ashnikko and Dorian Electra.

Maria Domark was born in St. Petersburg and moved to Israel at a young age. As an immigrant, she had a hard time making friends and fitting in. Adding to the fact that she also grew up poor and raised by a single mother, she tried to hide her identity as a foreigner. She managed to get into one of the biggest model agencies in the country – in order to support herself financially and to fit in – where she thrived. The plastic shallow and superficial world of celebrities and modelling soon grew tiresome and left her feeling fake and unfulfilled, so Maria Domark chose to quit, leaving her whole life behind, disconnecting herself completely, in search of authenticity and following a lifelong passion of creating music.

Maria Domark is unashamedly dramatic as she builds tension with the atmospheric song ‘Haunted’. Drawing you in like a siren calling the unsuspecting to her depths, Maria Domark provides a lifeboat of authenticity and captivating lyrics, leaving the listener to cling to them as if the bass-driven moments hold life-saving elements. In your face and willing to disturb, Flawless carries a dark and beat-driven vein encompassing the spirit of inner rebellion. The EP tells the story of fear, loneliness, rumours, plastic culture, anxiety, but also of living your truth at all costs. She had enough of being told who and what she has to be. The singer knows that this project would be a fraud upon by the same people that expect her to be obedient and polite. Instead, she is delving into the world of the genuine, seeking to make a real change in both herself and the world.

The artist tells us about the creation of ‘Haunted’: “The melody for Haunted just popped into my head while playing guitar, it was the beginning of the lockdowns and I felt completely lost. I had just stopped modelling and dropped my old manager and didn’t know what’s coming next. One line that I wrote for the songs guides me ever since – “No one is coming for me”. This song changed me for the better, it was the first song I wrote on my own, it made me start producing and set this whole project in motion.”

[On ‘Mieway’] “Maria boosts her newly defined and unapologetic confidence whilst defying with her alluring voice, all over a bassline infectious enough to get stuck in your head for days.” – FLAUNT Magazine